Extreme couponer says she was beaten up by store manager 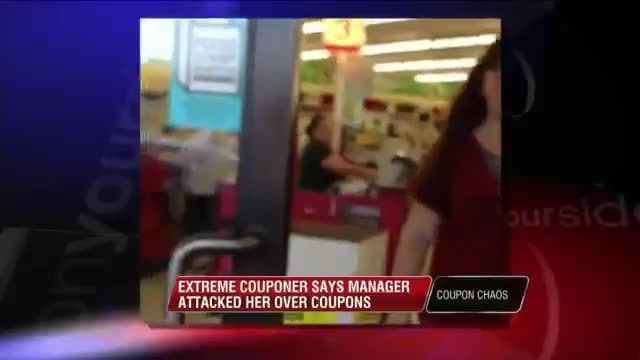 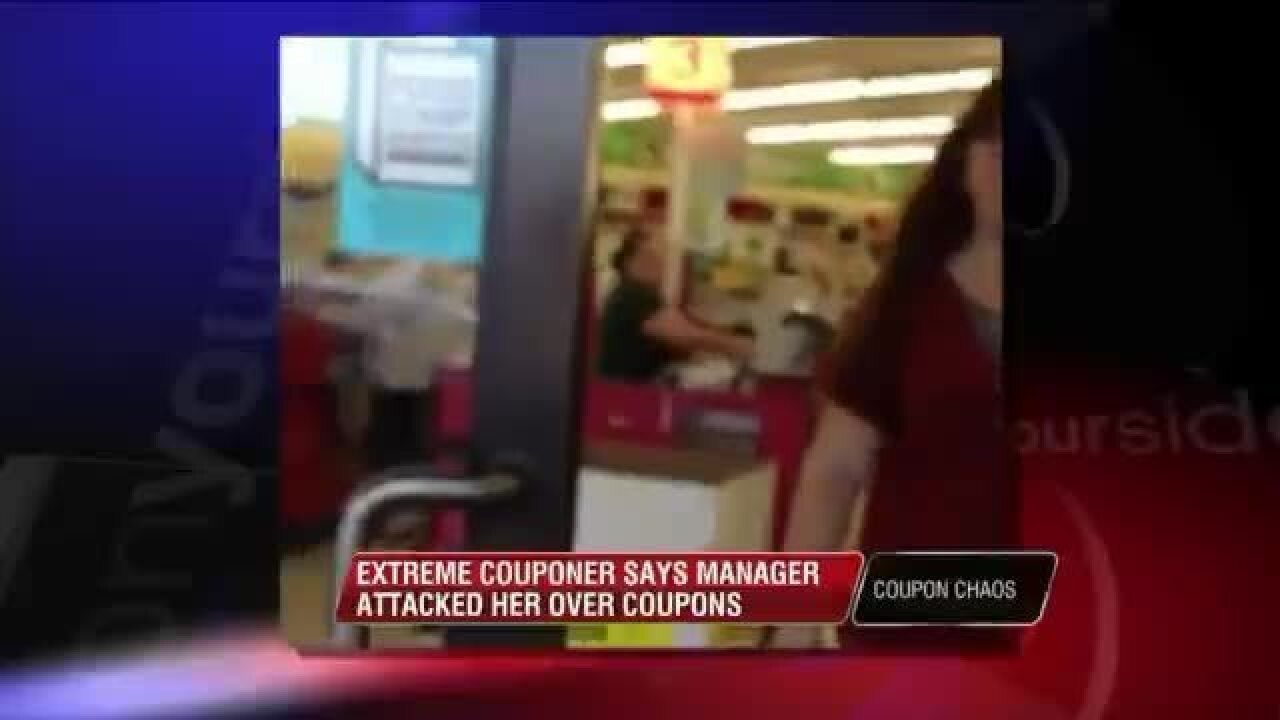 GERMANTOWN, Tenn. (WREG) – A Dollar Tree store manager is facing charges after a confrontation with an extreme couponer turned violent in Tennessee earlier this week.

The incident, which happened Wednesday at the Dollar Tree in Germantown, was caught on video.

“It’s a little fuzzy,” Melissa Monzo-Marte said about her eye.” As you see I have broken blood vessels and a fat lip.”

Melissa is an extreme couponer. She says she and her friend, Jennifer Hill,   got more than they bargained for when they tried to cash in on some deals at the Dollar Tree in Germantown.

“She was getting ready to buy 25 Advil and I think about 25 Olay bars,” Melissa said.

The two women say the store manager refused to honor their coupons, despite a sign by the front door that says Dollar Tree honors manufacturer’s coupons.

“We were told we were harassing her (the manager) using those coupons and she threatened to call the cops,” Jennifer said.

The resistance came as a shock to Melissa and Jennifer who are no strangers to the coupon game. They have been recognized for donating hundreds of dollars worth of goods to charities, and they say they save their families thousands of dollars a year.

They even have their own Facebook page called the Desoto County Coupon Club. So Jennifer says she knows her coupons should have been accepted.

After asking why her coupons were rejected and getting no answer, she decided to hit the record button on her iPhone.

On the recording you hear a woman tell Jennifer she can’t use the coupons, and tell her “you better make like water and get to running.”

So Jennifer left, but Melissa stayed behind.

“I was still collecting all my coupons at the bottom of the basket,” she said.

As Melissa walked out the door, the cell phone video captures her getting attacked.

“I felt the tug of the hair and her fist on the back of my head. Then she spun me around. That’s where she hit me in the eye and the face,” she said.

The store manager, who police identified as 32 year-old Shauna Shipman,  was charged with misdemeanor assault.

“Who would have thought we are trying to save money for our family?” Monzo-Marte asked.” We donate to everywhere and this happens.”

Melissa said she’s is thankful the attack wasn't worse since police told her the store manager had a box cutter.

WREG-TV tried to call Dollar Tree for comment, but did not receive a call back.