Time Magazine even used an Instagram photo for a cover story on Sandy.

The popular photo-filter app was launched two years ago, and Facebook bought it in April for one billion dollars.

Instagram co-founder and CEO Kevin Systrom says we'll see more of this in the future.

There are more than 100 million users on Instagram now.

He also points out Instagram was at the center of people documenting a world event as important as Sandy.

Below are some astounding pics from Superstorm Sandy, mostly Instagrams posted on Twitter. 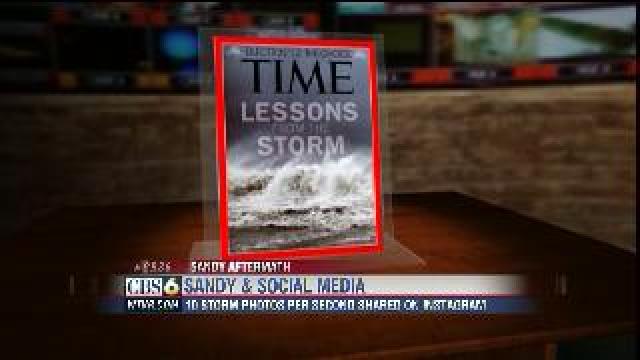