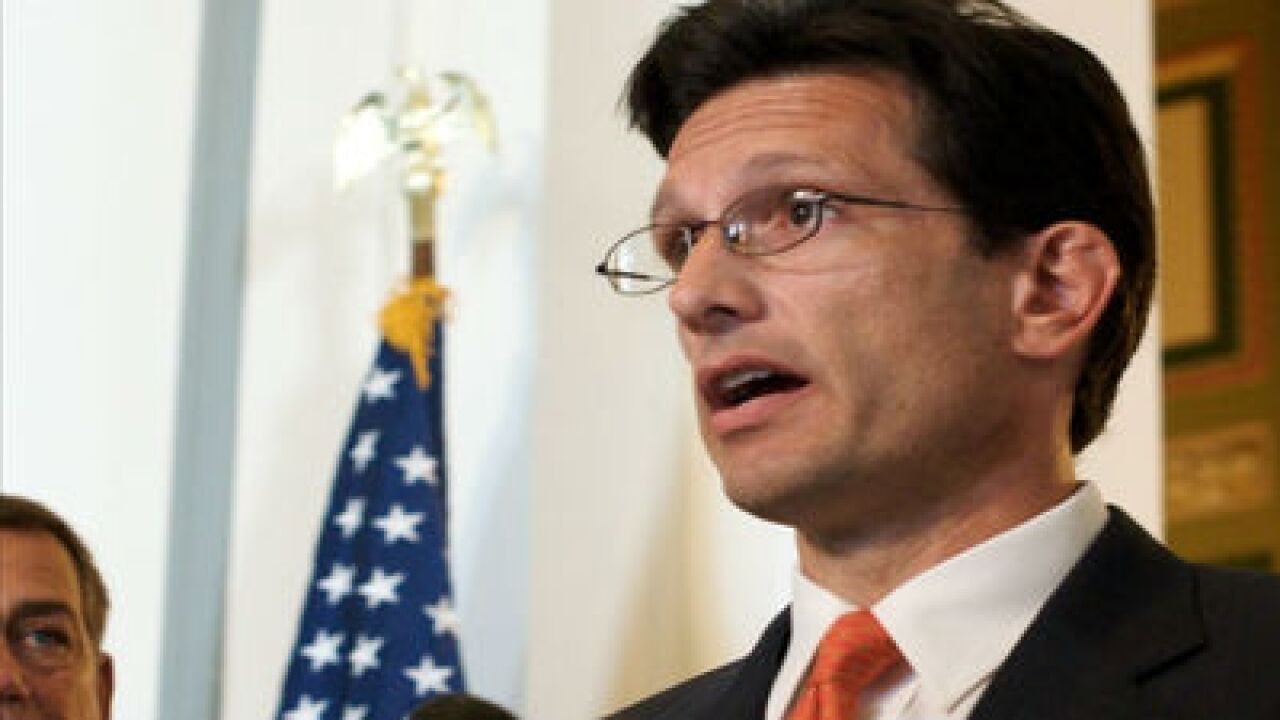 Doug Heye said Cantor had a conversation with the whistleblower about the affair and the national security concerns involved in the matter.

The New York Times reported Saturday that on October 31, Cantor's chief of staff phoned the FBI to inform the agency about the call between the congressman and the FBI official. The Times reported Cantor learned of the whistleblower through Rep. Dave Reichert, R-Washington.

A spokeswoman for Reichert told CNN Sunday that the Times article was accurate but that the congressman had no further comment on his involvement in the case.

Petraeus' affair came to light when an FBI investigation looked into a complaint that his biographer, Paula Broadwell, was sending harassing e-mails to another woman close to the retired four-star general, a U.S. official told CNN Saturday.

During the investigation, other communications surfaced between Petraeus and Broadwell, a married mother of two, according to the official.

A U.S. official said Sunday that Petraeus used a personal account to e-mail Broadwell and not his CIA account.

CNN has not been able to reach Broadwell for comment.

The official did not identify the woman who made the initial complaint and did not know the nature of her relationship with Petraeus.

The FBI interviewed Petraeus, said the official, who stressed that the CIA director was never the target of the investigation and his communications were never compromised. The official did not know whether Broadwell was interviewed.

On Saturday, questions arose about why congressional leaders were not informed of the investigation immediately.

According to a congressional aide familiar with the matter, the House and Senate intelligence committees weren't informed that there was an FBI investigation into the situation until Friday.

"The committees are required to be kept informed of significant intelligence activities," the aide said Saturday. "If there was an official investigation that was looking, at least in part, at information that was compromising the CIA director, then I think there's a solid argument to say that the committee leadership should have been notified to at least some level of detail."

Petraeus' resignation comes days before he was slated to testify before the Senate Intelligence Committee about the September 11 attack on the U.S. Consulate in Benghazi, Libya. The attack, in which four Americans were killed, became a point of contention during the presidential campaign.

Some have even suggested that the timing of Petraeus' stepping down is suspect, given the expected grilling in Congress. Acting CIA Director Michael Morell will testify instead.

"It just doesn't add up," Rep. Peter King, R-New York, told CNN chief political correspondent Candy Crowley on Sunday. "You have this type of investigation. The FBI investigating e-mails, the e-mails leading to the CIA director, and taking four months to find out that the CIA director was involved. I have real questions about this. I think a timeline has to be looked at and analyzed to see what happened."

"Director Petraeus' frank and forthright letter of resignation stands on its own," said the official, who spoke on the condition of anonymity because of the sensitivity of the topic. "Any suggestion that his departure has anything to do with criticism about Benghazi is completely baseless."

Broadwell spent a year with Petraeus in Afghanistan interviewing him for the book she co-wrote, "All In: The Education of General David Petraeus."

His resignation Friday appeared to be an abrupt end to a spectacularly successful career in public service.

"After being married for over 37 years, I showed extremely poor judgment by engaging in an extramarital affair. Such behavior is unacceptable, both as a husband and as the leader of an organization such as ours," Petraeus said in a letter to colleagues, explaining his decision to step down.

Before his nomination as CIA director, Petraeus was considered the nation's most well-known and popular military leader since Colin Powell.

He helping turn the tide against insurgents while commanding forces in Iraq and Afghanistan and literally wrote the book on counterinsurgency techniques by overseeing the development of the Army/Marine Corps Counterinsurgency Manual.

Earning praise from both sides of the political aisle, the retired four-star general took the helm of the CIA in September 2011.

Petraeus, 60, and his wife, Holly, live in Virginia. They have two grown children.