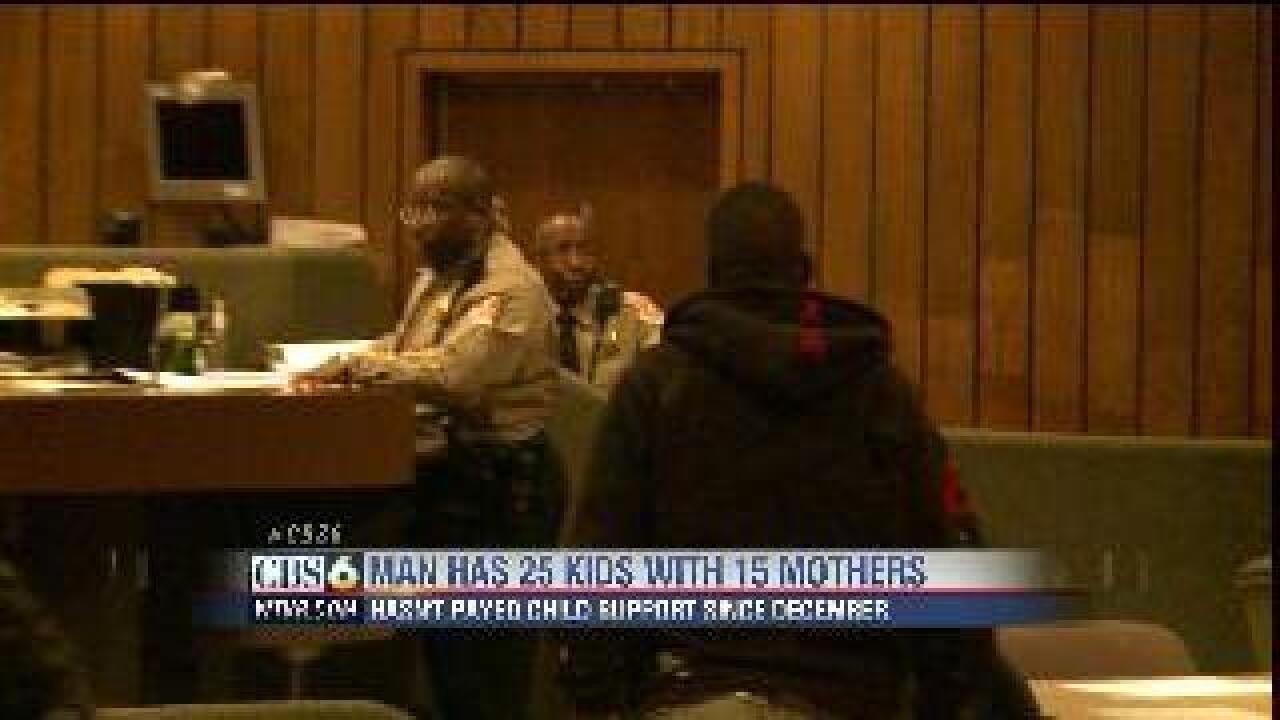 MEMPHIS, Tn. (WTVR) - A Memphis man is leading a life that gives Jerry Springer guests a run for their money.

He has at least 25 kids from 15 mothers, and they say he isn't paying enough child support.

The mothers are saying that Terry Turnage was giving them less than $10 a month until the payments stopped altogether this year.

What's more concerning is a picture he posted to Facebook showing him posing with a huge stack of $100 bills.

He's since turned up at a court hearing in ragged clothes, saying he has nothing and has no income.

He owes tens of thousands of dollars in support, but he's also leaving his children behind.

At the beginning of the month, reporters found him at a court appearance for driving with a suspended license. Afterwards, they spotted him driving away from the hearing in a blue pickup.