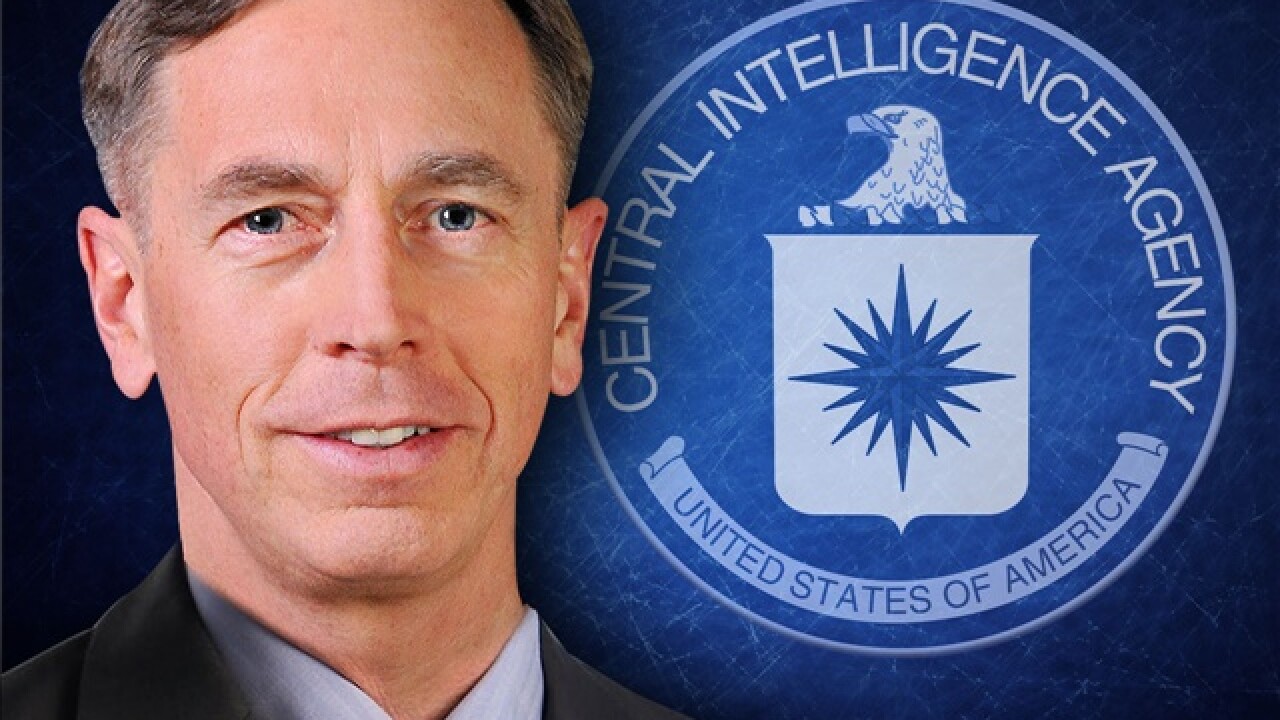 (CNN) – David Petraeus, the man at the helm of the nation’s largest intelligence agency, stepped down as director of the CIA on Friday, saying he had an affair.

According to a U.S. official, the FBI had a tip he was involved with his biographer, Paula Broadwell, and investigated the alleged affair to determine whether it posed a security risk.

The FBI was not investigating Petraeus for wrongdoing. The concern was that he potentially could be blackmailed or put “in a vulnerable spot,” the official said.

Broadwell spent a year with Petraeus in Afghanistan interviewing him for the book she co-wrote, “All In: The Education of General David Petraeus.”

It is not clear whether Broadwell is the woman with whom Petraeus has admitted having an affair. CNN has not been able to reach Broadwell for comment.

“After being married for over 37 years, I showed extremely poor judgment by engaging in an extramarital affair. Such behavior is unacceptable, both as a husband and as the leader of an organization such as ours,” Petraeus said in a letter to colleagues, explaining his decision to step down.

The woman involved in the affair was not under his command, sources close to the CIA director told HLN anchor Kyra Phillips. The woman was not a member of the armed forces and not a CIA employee, the sources said.

The retired four-star general had a distinguished 37-year career in the military prior to joining the CIA, helping turn the tide against insurgents while commanding forces in Iraq and Afghanistan.

Petraeus, 60, has been praised by both sides of the political aisle. He took the helm of the CIA in September 2011.

“By any measure, he was one of the outstanding general officers of his generation, helping our military adapt to new challenges, and leading our men and women in uniform through a remarkable period of service in Iraq and Afghanistan, where he helped our nation put those wars on a path to a responsible end,” the president said about Petraeus.

“As director of the Central Intelligence Agency, he has continued to serve with characteristic intellectual rigor, dedication and patriotism.”

Obama accepted Petraeus’ resignation during a phone call Friday, according to a senior administration official.

The two men met Thursday. During that meeting, Petraeus offered his resignation to the president and explained the circumstances behind it, the official said.

Obama expressed confidence that the CIA will continue to move forward, under the direction of Acting Director Michael Morell.

Director of National Intelligence James Clapper heaped praise on Petraeus, saying his “decision to step down represents the loss of one of our nation’s most respected public servants.”

Petraeus assumed command of the NATO International Security Assistance Force and U.S. Forces Afghanistan in July 2010, after serving for more than 20 months as commander of United States Central Command. He previously commanded multinational forces in Iraq, leading the so-called surge.

Before his nomination as director of the CIA, Petraeus was considered the nation’s most well-known and popular military leader since Colin Powell.

But his reputation was potentially tarnished by the controversy over the terror attack on the U.S. mission in Benghazi, Libya, that killed Ambassador Christopher Stevens and three other Americans in September.

Some Republicans have privately said they were disappointed in Petraeus for sticking as long as he did to the initial intelligence assessment that the attack erupted from a spontaneous protest against an anti-Islam video on the Web.

Petraeus was expected to testify before the Senate Intelligence Committee next week on the Benghazi attack. Morrell will take his place, according to the office of Sen. Dianne Feinstein, who is chairman of that committee.

“I wish President Obama had not accepted this resignation, but I understand and respect the decision. David Petraeus is one of America’s best and brightest, and all Americans should be grateful for his service,” she said.

Petraeus and his wife, Holly, live in Virginia. They have two grown children.

Yesterday afternoon, I went to the White House and asked the President to be allowed, for personal reasons, to resign from my position as D/CIA. After being married for over 37 years, I showed extremely poor judgment by engaging in an extramarital affair. Such behavior is unacceptable, both as a husband and as the leader of an organization such as ours. This afternoon, the President graciously accepted my resignation.

As I depart Langley, I want you to know that it has been the greatest of privileges to have served with you, the officers of our Nation’s Silent Service, a work force that is truly exceptional in every regard. Indeed, you did extraordinary work on a host of critical missions during my time as director, and I am deeply grateful to you for that.

Thank you for your extraordinary service to our country, and best wishes for continued success in the important endeavors that lie ahead for our country and our Agency.
With admiration and appreciation,
David H. Petraeus