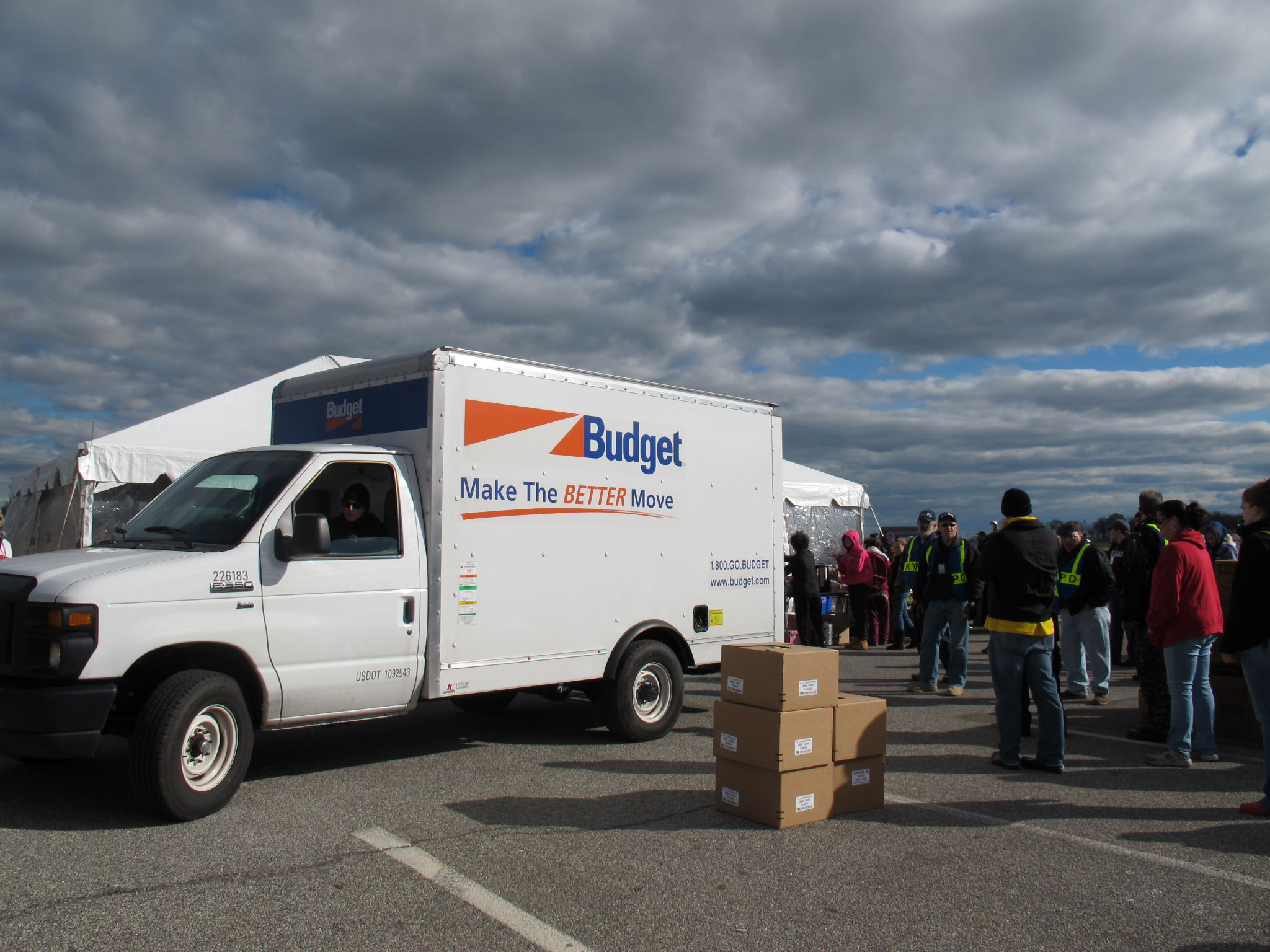 My wife, Alicia Leeds Meyers, and I live on the Upper Eastside on Manhattan and we were physically unaffected by Hurricane Sandy. We didn’t lose power, we didn’t have any flooding, loss of home nor comfort.

We sat for days watching the tales of destruction on the news and we found ourselves feeling increasingly helpless and paralyzed by the devastation.

Alicia is a personal health coach affiliated with HMR- Health Management Resources. She reached out to HMR and asked if they were interested in donating meals to the victims of Hurricane Sandy.

Within minutes of sending her email, she was contacted by HMR, they were thrilled to get involved.

HMR donated 1,300 cases – 31,200 entrees – of ready-to-eat meals. The trick was getting the cases from their distribution center in Freeport, NY to Staten Island.

All UHAULs were booked for miles.

I contacted Budget and the closest truck I could find was in Clifton, New Jersey, the complete opposite direction. We booked it anyway and HMR contacted their crew.

We organized a meeting at the HMR warehouse Saturday morning. It seemed like we were all set – but when we arrived in New Jersey at 8:00 a.m. to pick up the truck, it was not there. The rental office had no power and no gas.

I told the gentleman at the station what we were doing and he immediately gave me a list of other options. We got on the phone and started making calls.

Luckily, we were able to find another truck a few miles away. Even though it was a smaller truck, we were thrilled to be able to rent it.

Our journey began from Lindenhurst NJ, to Freeport, NY to Staten Island NY and back to New Jersey. One tank of gas, 200 miles, drove through all five boroughs, crossed four bridges and went through one tunnel.

When we landed at the New Dorp High School Miller’s field in Staten Island, we were welcomed with smiles and appreciation.

New York Police, FEMA, the Red Cross, and more than 100 volunteers were all present and they were running a very well organized distribution center. They quickly unloaded our pallets of food.

We were able to deliver 5,000 meals and although we were eager to make more trips this weekend, there are dozens of closed gas stations and lines for gas is miles deep.

We will continue to deliver food over the next couple of weeks – finding other places in need – as gas becomes more available.

Leslie Meyers is the Director of Fitness at the 92nd Street Y’s May Center for Health, Fitness & Sport in Manhattan.