Putting out the wildfire of misinformation spreading via social media

RICHMOND, Va. (WTVR) - You may have seen a lot of pictures of the devastation caused by Hurricane Sandy on Facebook and Twitter last week, but how can you tell if those pictures are the real deal?

CBS 6 found multiple pictures that were spread on social media that were confirmed to be either fabricated or from different scenarios. 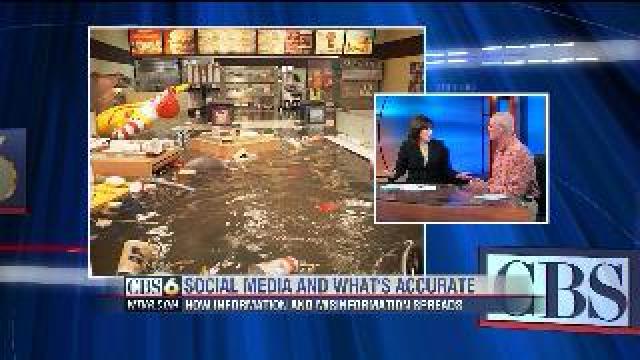 Jeff South is a professor of journalism at Virginia Commonwealth University and he came to the studio today with advice on how to become  more "social media literate."
Just as there are more ways than ever before for online pranksters to fool us into believing these images are real, there are also more tools than ever before to catch them out.

The below tips were from the Sydney Morning Herald: