Sandy leaves at least 40 people dead in the United States 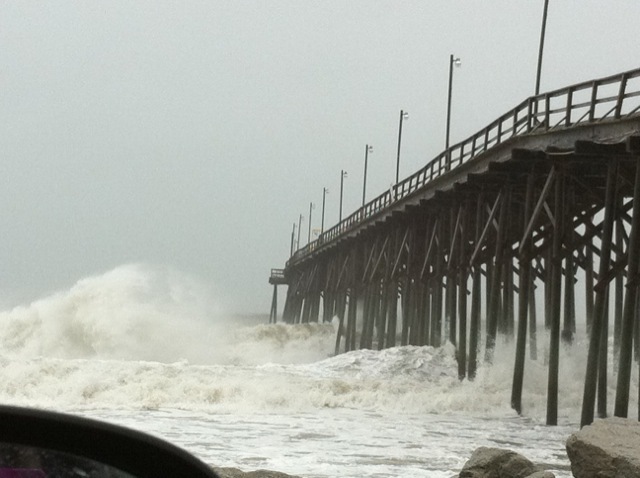 By Holly Yan and Joe Sterling

(CNN) — The Northeast Corridor slowly struggled back to life on Wednesday after the knockout punch from Superstorm Sandy.

Millions in New York City, New Jersey and other cities and towns along America’s most populous urban stretch coped with major losses and daily inconveniences.

Commuters, homeowners and businesses struggled with the loss of power, waterlogged or burned homes and the challenge of navigating a crippled infrastructure of damaged roads, bridges and mass transit systems.

“We are in a state of crisis all across this state,” Newark, New Jersey, Mayor Cory Booker told CNN on Wednesday. “It’s going to be a challenging time.”

President Barack Obama is scheduled to visit the battered Jersey Shore on Wednesday and survey the damage, described by New Jersey Gov. Chris Christie as “unthinkable.”

As Sandy sputters away, it leaves behind at least 108 deaths from Haiti to Canada.

The storm killed 67 people in the Caribbean. Then it slammed into the U.S. East Coast, where it left at least 40 dead. And one woman in Canada died after debris from the storm struck her.

On Wednesday, the New York Police Department reported a total of 22 deaths in the city from Sandy.

Some New York City ground transit and airports are coming back to life Wednesday.

But New York’s LaGuardia Airport was to remain closed Wednesday because of significant damage.

The city’s massive subway system will stay offline for several more days as workers try to bring the inundated underground network back to life. New York’s bus service will resume a nearly full schedule Wednesday, but it probably won’t accommodate the 5 million commuters who rely on the subway every day.

Police in New York coped with crime. Thirteen people have been arrested there, and most of them were charged with looting Tuesday in the wake of Superstorm Sandy, CNN affiliate WABC reports. Much of the looting took place on Coney Island in Brooklyn.

Likewise, the transportation headaches are far from over in New Jersey.

The rail operations center of New Jersey Transit was crippled by 8 feet of water, and an emergency generator was submerged, officials said.

Floodwater damaged at least 65 locomotive engines and 257 rail cars. It will be weeks before service resumes on the New Jersey coastline.

“There is major damage on each and every one of New Jersey’s rail lines,” Christie said. “Large sections of track were washed out.”

Authorities reported a fire in Mantoloking, a New Jersey shore town between the Atlantic Ocean and Barnegat Bay.

States farther west are grappling with Superstorm Sandy’s dramatic encore — a blizzard that dumped 3 feet of snow in West Virginia and left hundreds of thousands in the shivering cold.

Still in the dark

Early Wednesday, at least 6.2 million electric customers across the Eastern United States were still in the dark.

At one point, about 300,000 people in West Virginia were without power. That number dropped to 236,000 Wednesday morning. But residents can’t necessarily count on the power staying on long.

As snow continues falling, so do power lines and tree limbs — meaning residents are still at risk of going cold.

“The storm absolutely outpaces anything we have ever seen since moving here,” said Allison Vencel of Morgantown, West Virginia.

Vencel’s electricity has sputtered out four times. But that’s not foremost on her mind. The family is wondering how to drive to her daughter’s wedding in Virginia this weekend.

Forecasters predict even more snow for West Virginia on Wednesday, coupled with winds so fierce that the snow will fall sideways.

Parts of New York City had no running water for a second day, and cities such as New Brunswick, New Jersey, urged residents to boil drinking water.

New York Gov. Andrew Cuomo issued a task for those recovering from the storm:

“Clean and disinfect everything that got wet,” he tweeted. “Mud left from floodwaters can contain sewage and chemicals.”

Workers in Howard County, Maryland, scrambled to stop a sewage overflow caused by a power outage.

The raw sewage spilled at a rate of 2 million gallons per hour, county emergency official Karen Spicer said. It was unclear how much sewage had flowed into the Little Patuxent River.

In addition to the scores of deaths, the superstorm has also wreaked financial havoc.

The total cost of property damage and lost business is estimated at $10 billion to $20 billion, according to Eqecat, which provides loss estimates to the insurance industry.

Christie said seeing the damage to New Jersey’s treasured beaches was “overwhelming,” and the Jersey Shore might never return to its original glory.

“We will rebuild it. No question in my mind, we’ll rebuild it,” he said. “But for those of us who are my age, it won’t be the same. It will be different because many of the iconic things that made it what it was are now gone and washed into the ocean.”

Even residents accustomed to major storms were struck by Sandy’s power.

“You would not believe the amount of ocean water that has pushed through onto the shore, down blocks. It has downed trees, power poles. People are just heartbroken here,” said Jon Daniel, who lives two blocks from the ocean in Deal, New Jersey.

“Everything is different now. We doubt anything will ever be the same again here.”