Northeast (WTVR/CBS)--In New Jersey, residents along the shore are faced with a massive cleanup.  In Breezy Point, Queens, where more than 100 homes burned to the ground, residents have begun the difficult and emotional cleanup process.

More than 1.9 million homes and businesses remain without power in New York State.  That's down from a peak of 2.2 million outages throughout the state.

The majority, 1.6 million, are on Long Island and in New York City and its northern suburbs.

In New York City; Manhattan, Queens, Staten Island have the most outages.

In lower Manhattan, Wall Street employees returned to work for the first time since Sandy slammed the city. The New York Stock Exchange is up and running, and so are city buses and two of the area's three airports.

But even with a few signs of progress, the city still has a very long way to go.

The Governor just completed a chopper tour of the region and says his job now is to coordinate a plan for reconstruction. 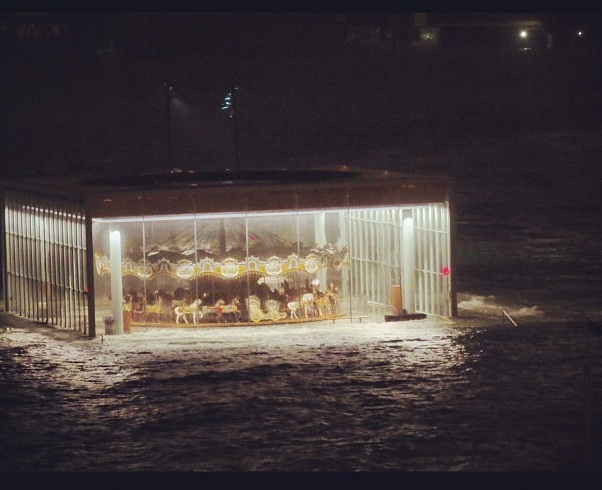 Cuomo said that getting water out of tunnels is the main focus right now.  Three of the seven East River tunnels have been pumped and are now free of water.

On Wednesday, water was being pumped out of a single tunnel that separates Manhattan and Brooklyn.

To give you an idea of just how much water it is, technicians said that it will flow for a minimum of one day or a maximum of three.

Some subway tunnels are still filled with water.  Gov. Cuomo had good news for the more than five million riders; limited service will resume Thursday.

Engineers are still trying to figure out a plan to take down the crane that is dangling 72 stories high in midtown Manhattan.