CHESTERFIELD COUNTY, Va. (WTVR) - Why are there goats on the loose along Routes 288 and 10 in Chesterfield?

CBS 6 senior reporter Wayne Covil set out to answer that question after a viewer asked about the goats on the CBS 6 Facebook page.

The pair first appeared in early August and the big question is where did they come from.

The nearby camp brought them for kid's programs, and they got out, twice.

The first time, they were put back in their pen but they got out again and haven’t been corralled since.

Rowland’s and others have called Animal Control but while they come out, they haven’t been able to capture them.

Some drivers are concerned because of how close they get to Route 10 while grazing but everyone who sees them says they only stand around for a few minutes before exiting back into a wood line.

We called Chesterfield Animal Control to ask them what they are doing to capture the goats, but they did not return our call. 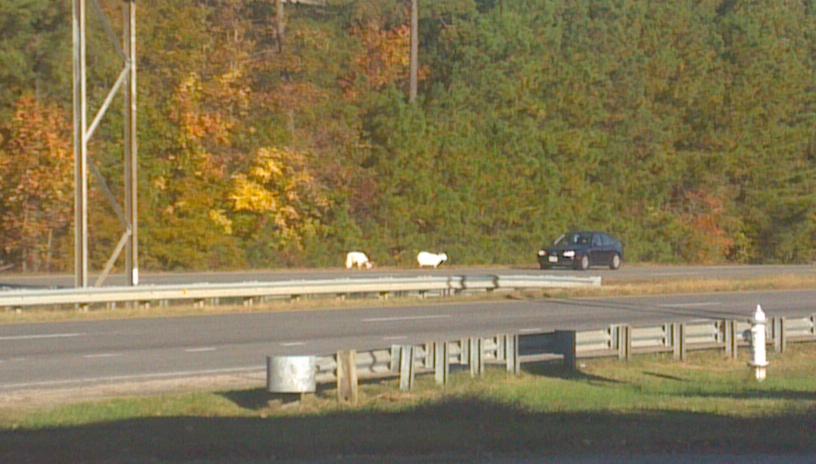