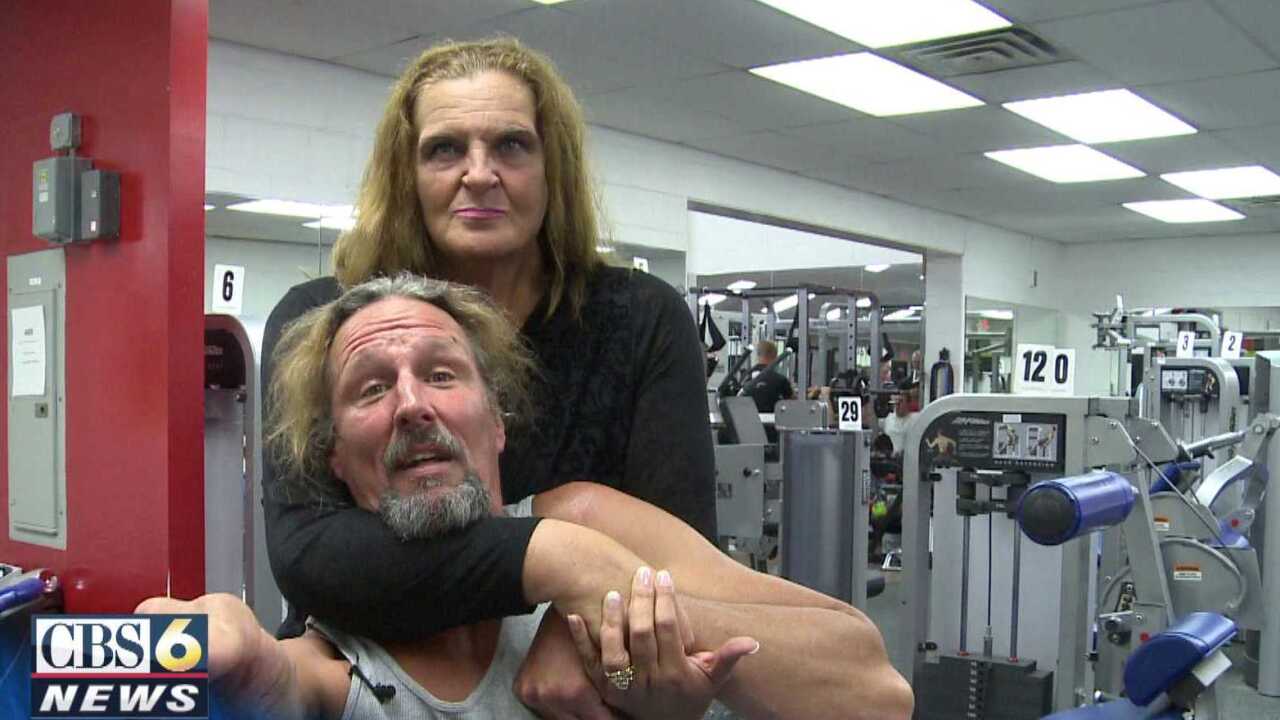 HENRICO COUNTY, Va. (WTVR) - Khandace Cossitt, a 56-year-old grandmother from Sandston, says she deserves a shot a fighting a man in a cage match.

One of her neighborhood boys invited her to a recent cage match and she went. “That’s a fight?” she scoffed. “You call that a fight?”

At 6 feet 5 inches tall, Khandace says she has decked a lot of men, often when they act up in places where she has worked. “I’ve been a bouncer, I’ve been a security guard, I’ve been a stripper, I’ve done burlesque, I’ve been a horse trainer . . . “

Men act up around her, and she’ll drop ‘em.

She’s always been a big girl, 200 pounds in grade school. Six feet tall by the fifth grade. “Nobody would play with me in school. They called me the jolly green giant. They avoided me like the plague.“ She wasn’t invited to her prom. [QUESTION: Which person should she fight? Weigh in here...]

And she has often been mistaken for a man. All of which has left her with a short fuse.

“If I stay home, I’m safe,” she said. “By the time I get to the end of my driveway, I’m POed about something, and somebody is going to get it before the day’s out.”

Khandace got married and had a son, and got bigger, all the way up to 354 pounds. That’s when she started swimming at the Chickahominy Family YMCA in Sandston a little more than two years ago. She lost 129 pounds in 10 months and has kept it off for more than a year.

“She swims and swims and swims,” said Ashley Page, aquatics director at that YMCA. “She’s very devoted. She does what she needs to do. She comes in, eats healthy and works out.”

Now that’s Khandace has leaned down and toughened up, she wants to put her natural man-decking skills to work. [BONUS: Click here for more of Mark Holmberg's reports]

She’s contracted cage-match promoters, asking for an equal shot. She doesn’t want to fight women in general, and plus, she said, there aren’t many her size.

Why cage fighting? “This just stops me from beating up the general public, god bless ‘em,” she said.

Yes, she’s heard all about how tough these cage match fighters are. “I’m older and better insured,” she said. “And I’ve done it a lot longer.”

If she can’t get a fight, she’s planning to grab the microphone at a cage match at the Hat Factory this weekend and challenge the crowd. “Come on,” she said, “surely there is somebody here that will fight an old woman.”

Do you love this story? Make sure to share using the "Inspiring" or "Must Read" icons below.