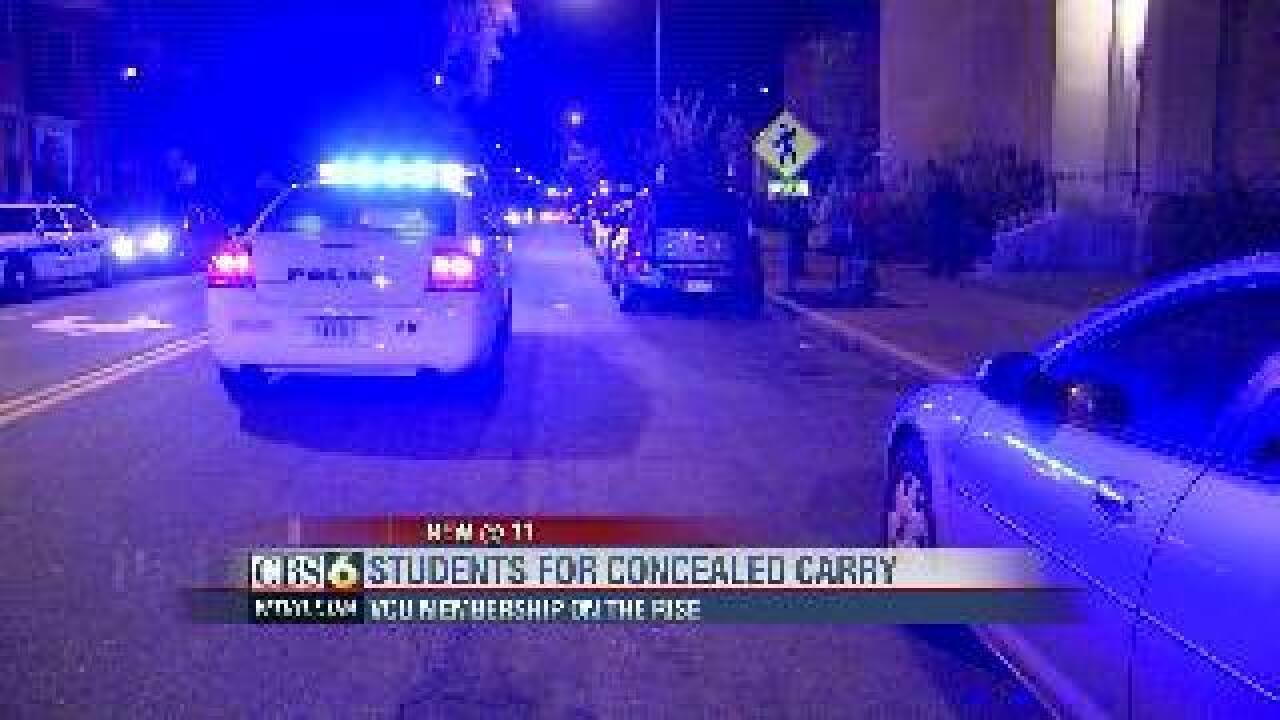 RICHMOND, Va (WTVR)- There have been nine armed robberies over the past ten days on or near the VCU campus and six arrests have been made.

“Now I basically carry around my rape whistle close to my lips,” said student Chelsea Kubo.  “I plan on getting pepper spray and I've taken self defense classes."

All that is in response to violent robbers that have terrorized VCU students on- and off-campus.

Tuesday night Christopher McDaniel was walking off-campus near Goshen and Clay Streets with a friend, when police say Jaquan Jackson robbed him at gunpoint. "[He] came up and put the gun to my neck," said McDaniel.

Jackson and three others were arrested on suspicion of taking part in three robberies on the same night.  And just a week ago James Banks and Joshua Bryan were charged in connection with six robbery-related crimes.

All the suspects live in different parts of Central Virginia and none has ties to VCU.  While some students we spoke to say they're arming themselves with whistles and sprays, a graduate student tells us they need more firepower than that.

“Students are easy targets for criminals to make quick cash,” said John Allen.  “They know we have electronics and phones.  They know we can't protect ourselves on campus. Police can't be everywhere, so we are sitting ducks."

As the head of a group called Students for Concealed Weapons on Campus,  Allen made a case for packing a pistol Wednesday night.

“It's a worst-case scenario kind of thing,” he said.  “No one wants to defend himself with a firearm, but if it's between me and the bad guy,  I should be allowed to defend myself."

Other students feel guns on campus isn't a good idea.  “I don't know about guns, but I'm all for a switch blade, or something like that," said Mohammed Nawaz.

“It's not going to help you if you have a gun,” said student Scott Nicewonder.  “If you put it in your pocket and robber puts a gun to your neck and you go to pull it out, you may get shot."

Before the recent robberies, Students for Concealed Weapons on Campus had 62 members.  It's now at 85 and growing: Allen says three more students signed up Wednesday.