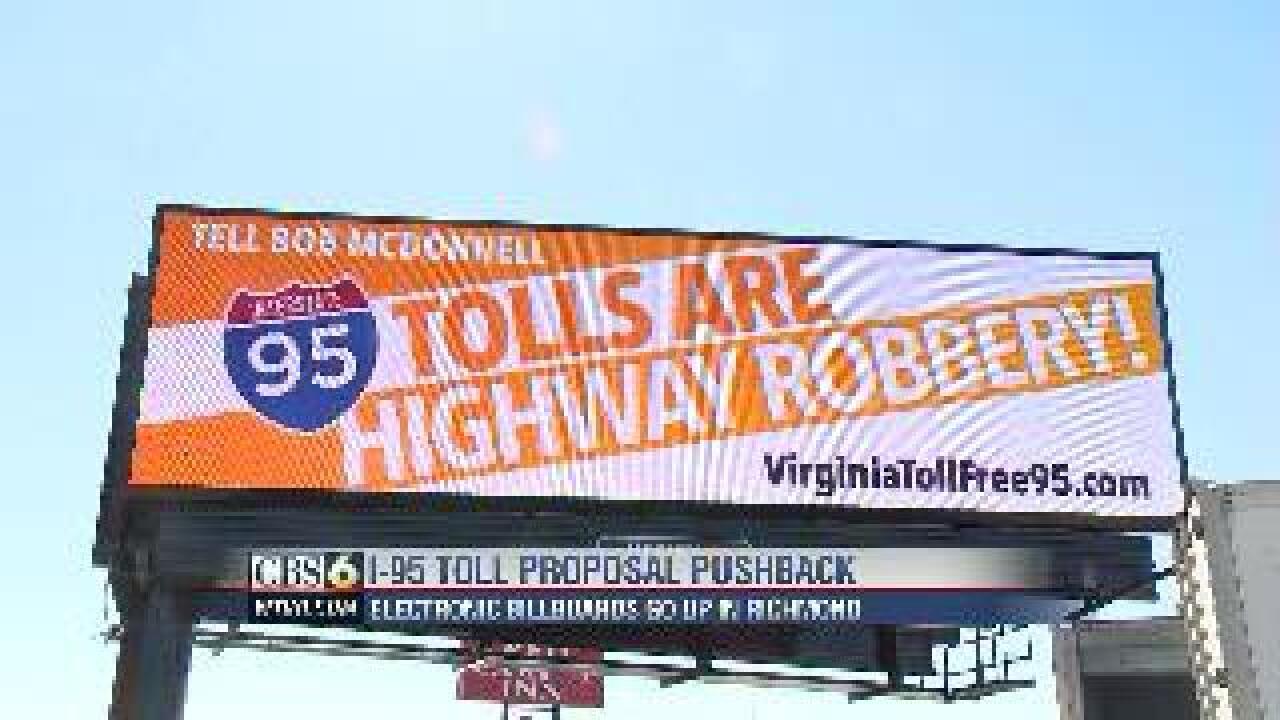 The two billboards and tractor-trailers hope to get lawmakers' -- and the public's -- attention.

The ads are funded by businesses, many of which are south of Petersburg, that said they worry what may happen if toll booths go up on I-95 in Sussex County. Those businesses said a future with tolls would mean a future without growth.

Sussex County business and government leaders left a meeting with the governor's staff and VDOT Thursday concerned their objections are not being heard.

"I'm not convinced that the governor understands the economic impact that this toll placement will have on businesses in Southside Virginia," Sussex County Board of Supervisors' Eric Fly said.

For third-generation businessman Rex Davis, there won't be any expansion of the family business if the tolls are added to the interstate.

In fact, Davis said the revenue numbers he has seen, generated by a single toll booth, will not help repair the interstate, but will hurt the local economy.

In a statement released Thursday afternoon, the governor's office said the meeting was productive. However, officials said plans for the tolls continue to move forward -- and that adding tolls would generate between $30 and $60 million a year.

However, officials also said they are looking at ways to reduce costs for local drivers in Sussex County.