Midlothian man will have cozier retirement with $1 million Powerball win 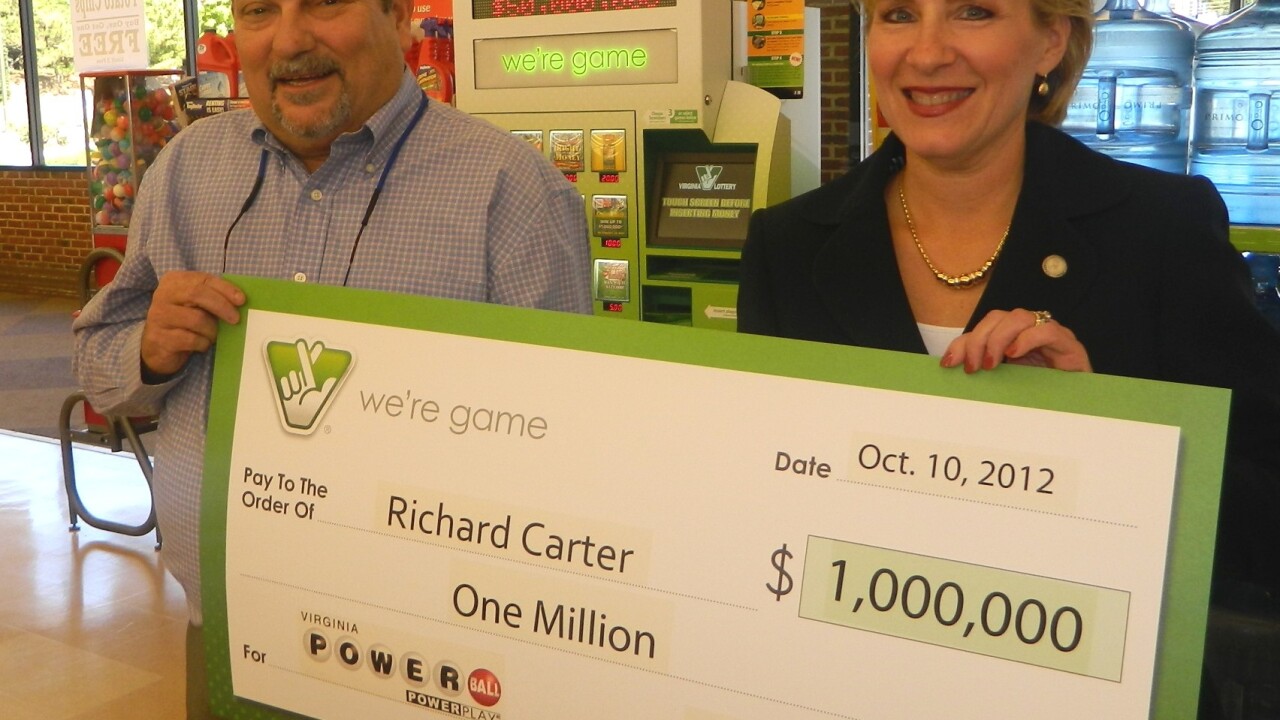 CHESTERFIELD, Va. (WTVR)–A Midlothian man was announced the lucky winner of $1 million, from a Powerball ticket sold at Food Lion off Courthouse Road.

Richard Carter actually thought he was the lucky winner of just $250,000 but his son pointed out it had a greater worth than Carter first thought.

So, you win some; lose some—seeing as Mr. Carter was only one number away from the Powerball jackpot of $40 million.

He played on Sept. 29 and used Easy Pick to select his numbers.

Mr. Carter said that he plans to retire from his job as a railroad engineer in 2013.