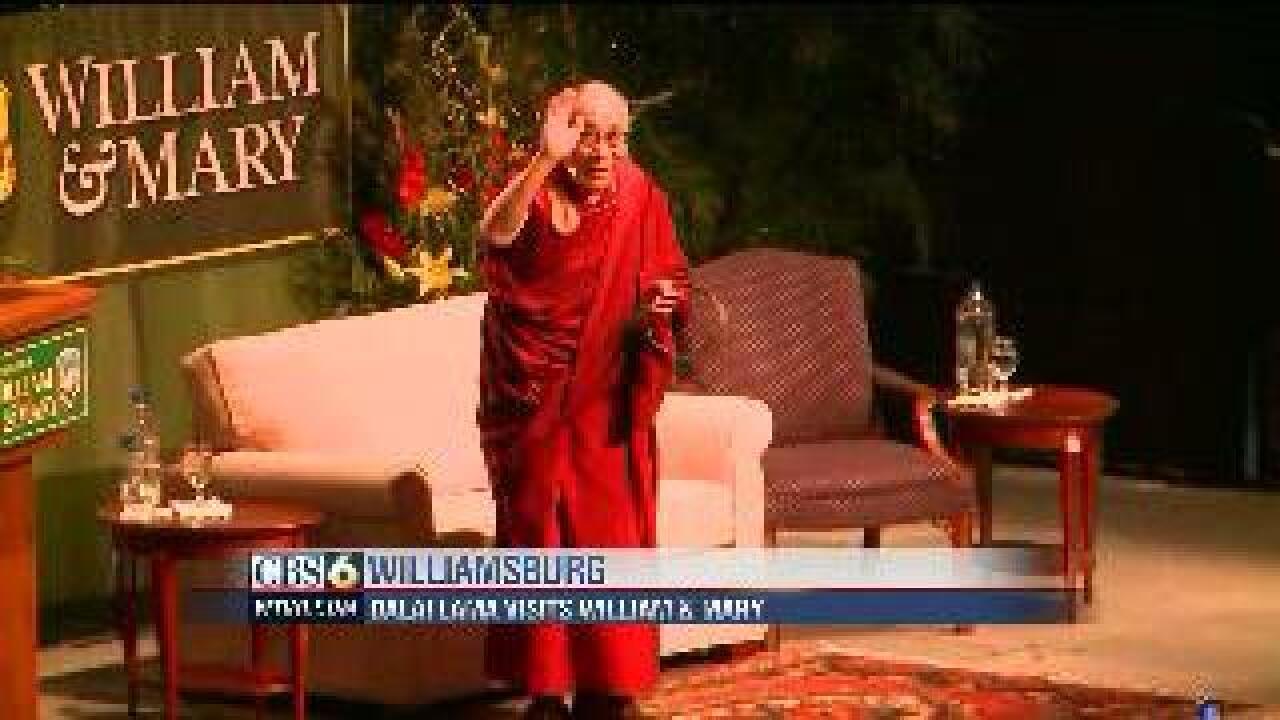 His Holiness took part in a talk about the virtues of human compassion at William and Mary's Kaplan Arena Wednesday at 2 p.m.

The Dalai Lama is visiting several U.S. colleges and universities in the Northeast delivering lectures on compassion.

In fact, he will stay in the Commonwealth to take part in a panel discussion at  the Paramount Theater in Charlotttesville Thursday morning. He will also give a talk called "Beyond Religion: Ethics for a Whole World" at the Charlottesville Pavilion Thursday afternoon.

The Dalai Lama, considered one of the world's most influential spiritual leaders, was honored with the Nobel Peace Prize in 1989.