Sanctuary wants to save Henrico wolfdog from being euthanized 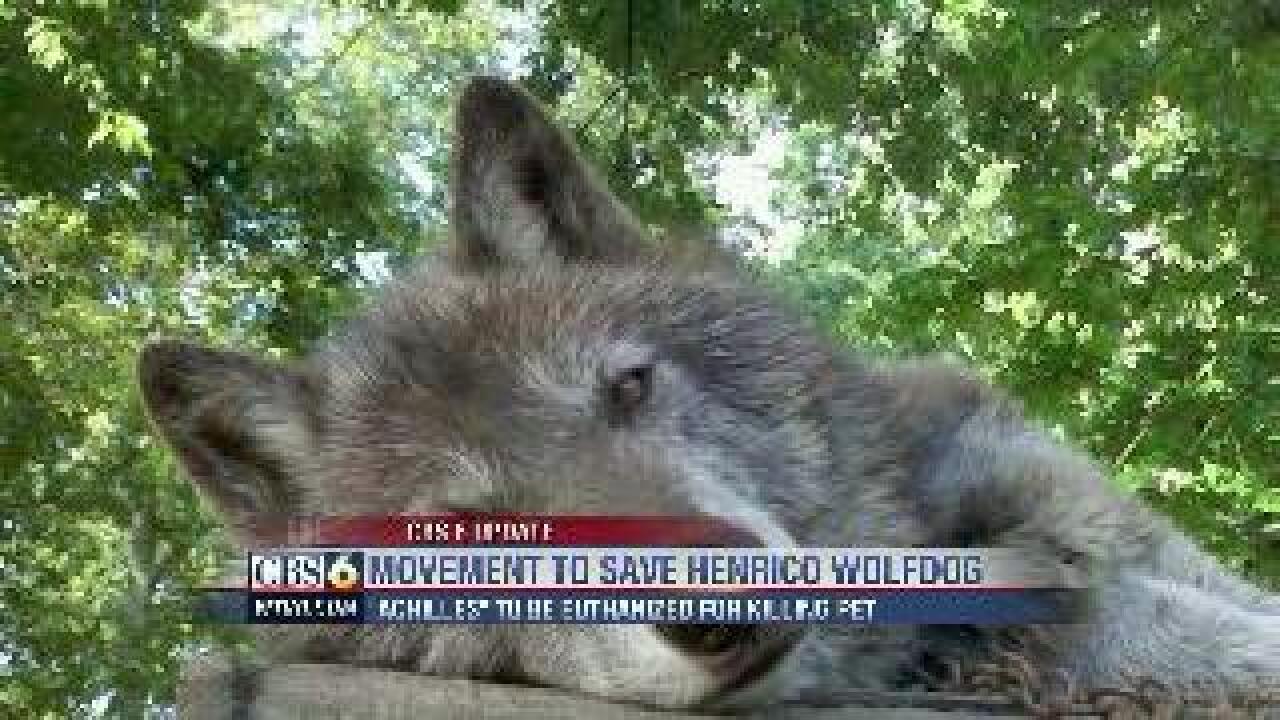 HENRICO, Va. (WTVR) - A Henrico County wolfdog is scheduled to be euthanized for killing someone’s pet, but now several rescue groups have stepped up to save his life.

Wednesday, CBS 6 aired a story about Achilles, a much-loved wolfdog that had his own Facebook site, a creature well known to visitors at Belle Island. But earlier this week, Achilles managed to claw out of his 10-foot-high fence, ran down the road and attacked and killed a small dog.

Achilles' owner, Gee, gave the dog up to Henrico Animal Control after he says they told him that he would have to pay $100,000 in  liability insurance because the dog is now deemed a dangerous dog in the county.

However, while Achilles has been on death row at the Henrico County Animal Shelter, police say several rescue groups have called wanting to save his life.

The Full Moon Wolfdog Sanctuary Farm in North Carolina contacted CBS 6 and said it wants the dog, too. Its founder, Nancy Brown, says Achilles would live a beautiful life along with 72 other dogs at the sanctuary. She's even arranged transportation for the dog.

“It’s not that the [wolfdogs] dogs are dangerous. They’re no more dangerous than a cocker spaniel….If a Jack Russell Terrier bit and killed something smaller than it, it would not be a travesty. This is being portrayed because of what the animal heritage is,” said Brown.

As soon as Gee got word that the Full Moon Wolfdog Sanctuary Farm wanted the dog, he has decided to call Henrico Animal Control and get the Achilles back.

The question now is, will Henrico County Animal Control release the dog to the group, or follow through and euthanize it?

CBS 6 is waiting for a response from Henrico Police.

Meanwhile, Gee says he felt horrible about the little dog that was killed and paid the owner $680 for the vet bill and compensation for the dog.