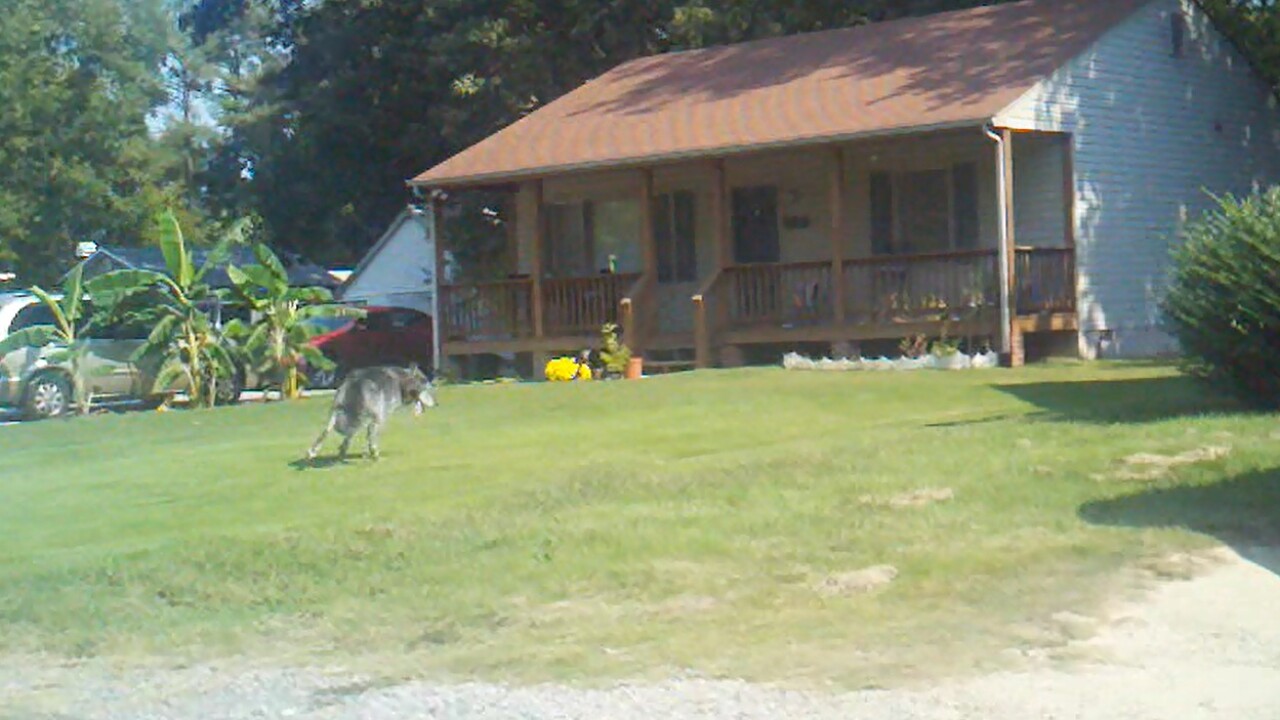 Click here for an interview with the wolf-dog’s owner.

HENRICO, Va. (WTVR)--Viewers contacted CBS 6 about a loose animal that appeared to be a wolf-breed loose in Eastern Henrico.

Lt. Toney with Henrico Police said that they captured a large grey dog that weighed about 100 to 125 pounds. Toney confirmed that animal did kill another dog.

The animal is now in the custody of Henrico Animal Control. The owner has surrendered the animal and no charges will be pressed against the owner.

Kenneth Godfray III and Antoinette Robertson captured video of the large animal roaming through the Highland Springs neighborhood at Jerald and Columbine Streets.

At nine this morning, CBS 6 received a call from a viewer that an animal had killed the next door neighbor's dog. Dawn Miller said that it was someone's escaped pet wolf.

"I want everyone to be warned," Godfray said, "because I don't feel like the police are doing enough to warn people."

"Someone needs to tell people," he added.

Robertson said that she is concerned for any school children getting off buses, although there was no school today. This means children could be out playing in the neighborhood.

One Facebook viewer said she brought her children inside because they are located near where the wolf-breed was spotted.

Miller said that six to nine officers were seen earlier in the morning at S. Holly and Nine Mile Road.

It was captured, according to a viewer, at  East Jerald St. and Kalmia Ave.

This is a breaking news email and we will have more information as it becomes available, on CBS 6 and WTVR.com.