The first shooting happened around 7:15 p.m. outside the 301 Express Market convenience store. A man in his forties suffered non-life threatening injuries in that shooting.

The second shooting happened around 7:30 p.m. on Dinwiddie Ave. That's where police found a man in his twenties shot dead in an alley.

Police said they believe the shootings may be linked based on information from residents.

Folks who live in the Blackwell community told CBS 6 News' Jon Burkett they are saddened by the all too common violence.

One resident, who lives about a block away from where the first shooting took place, told Burkett she is sickened by the violence.

"His mother is hurt – and so am I -- because his life is lost. We will never know what he would have been in this world," she said.

Another woman said neighbors are cooperating with police more these days than they have in the past.

Still, folks in the neighborhood said overgrown trees and burned out streetlights make the area more vulnerable for crime. 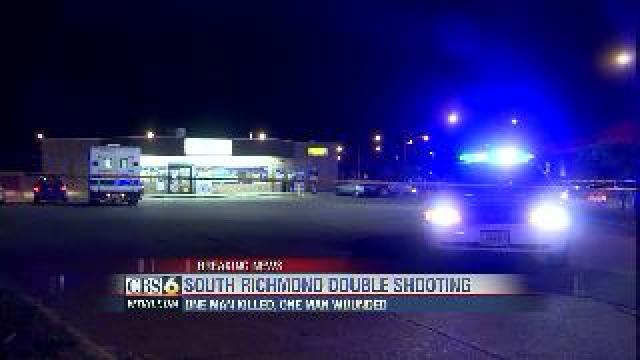