HENRICO COUNTY, Va. (WTVR) – People who plan to speak out about proposed regulations for Virginia abortion clinics showed up at Friday's State Board of Health meeting by the hundreds.

The board is expected to vote on permanent regulations that would make building codes for Virginia abortion clinics similar to standards for new hospital construction.

In June, the Board of Health voted to approve regulations, but grandfathered in 20 existing clinics from having to make costly renovations to meet the new requirements.

Virginia Attorney General Ken Cuccinelli refused to certify that vote because he said it was not in compliance with a state law regulating clinics like hospitals.

“His role is to make sure that the Board of Health upholds the intent of the General Assembly and he is conveying that to the board and making sure they understand what the intent of the law is and how to follow it,” said Family Foundation President Victoria Cobb.

However, Kathy Greenier, with the ACLU of Virginia, said the attorney general did not have veto power over the board’s decisions.

“The refusal of the AG’s office to certify these regulations is why they’re before the board again for reconsideration,” said Greenier.

This week Cuccinelli sent a memo to board members warning they could be denied state legal counsel and potentially be forced to pay for their own legal defense if they don’t follow his advice.

Board Member Anna Jeng, who supports grandfathering the abortion clinics, told CBS 6 she believed the memo was sent to intimidate them.

“I’m going to continue to do the right thing. We should avoid restricting health care access that women need,” explained Jeng.

This is a developing story 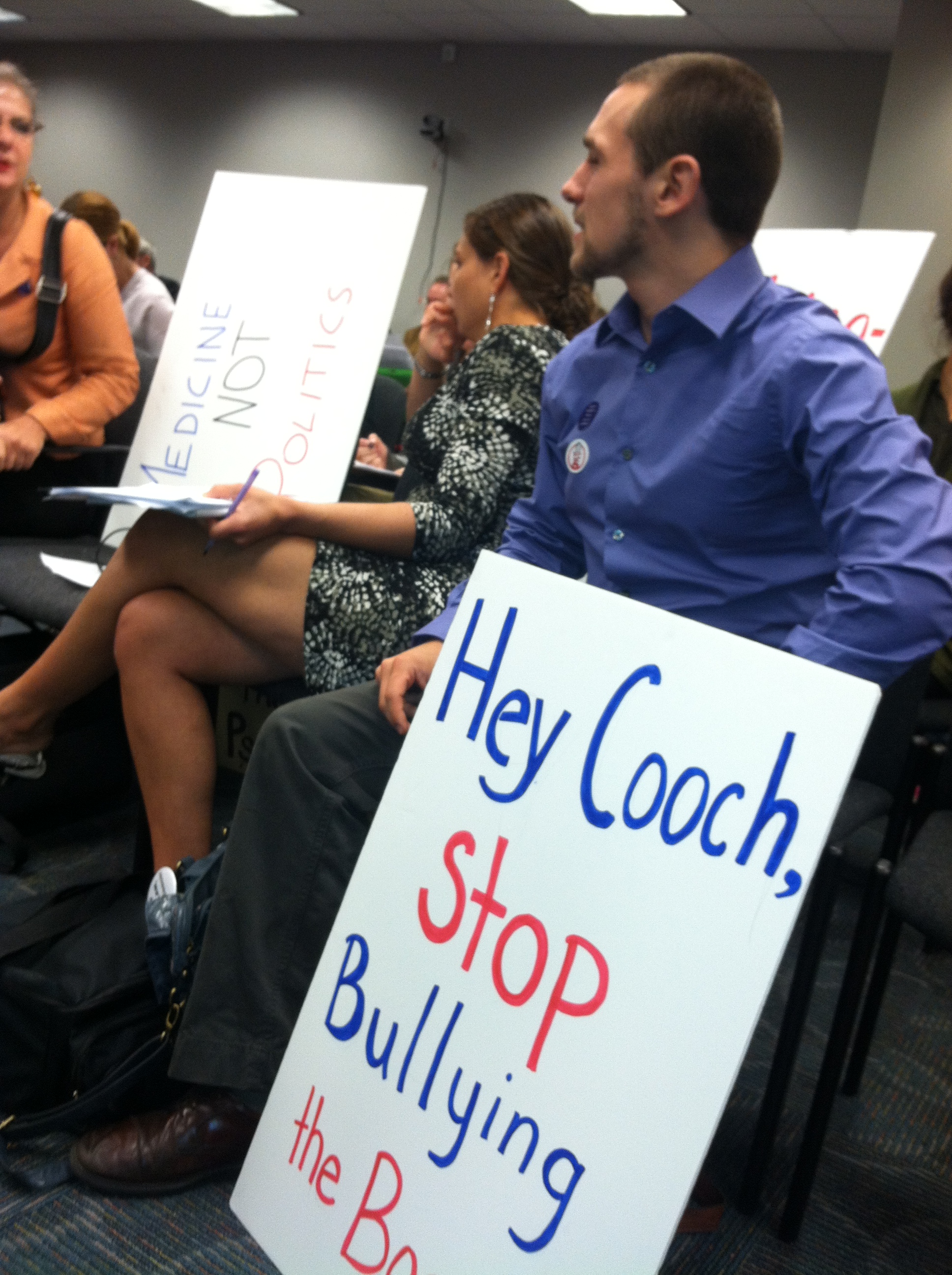