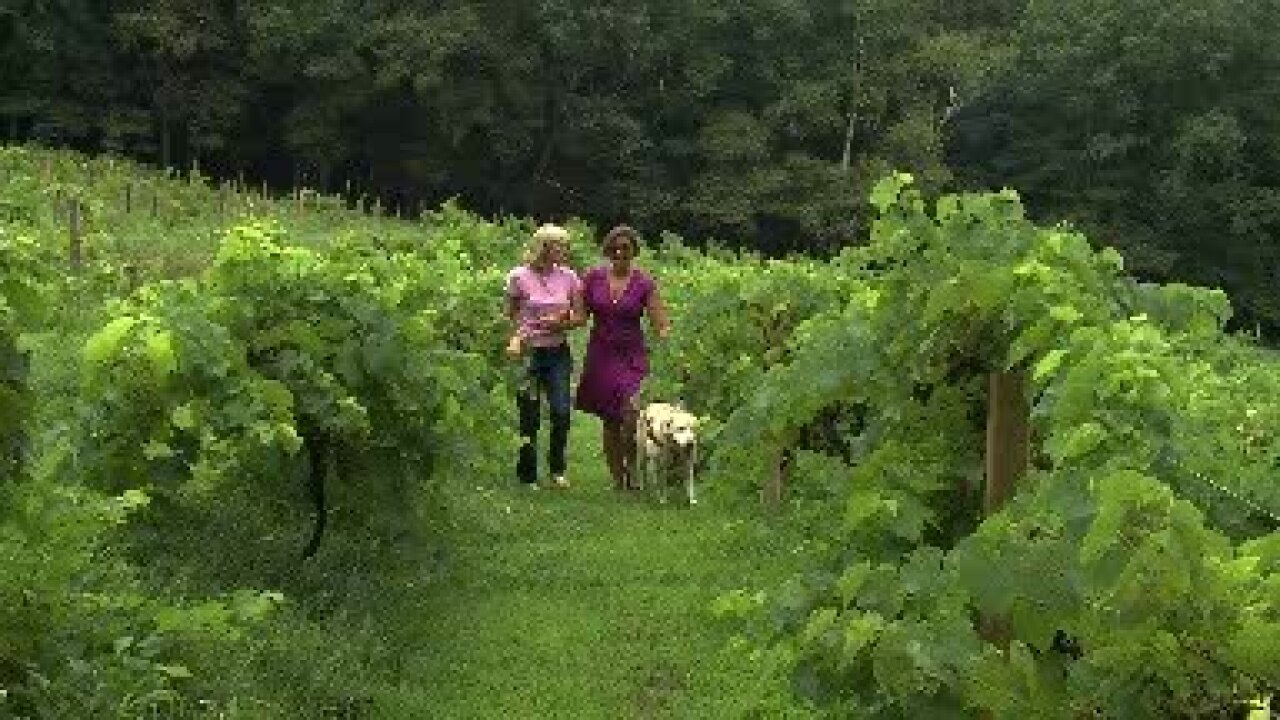 NEW YORK (CBS News) - A woman who lost her sight in her twenties, and now runs a million-dollar business, says tragedy helped her focus on finding success.

Alex Elman's father planted a hillside vineyard in western Massachusetts in 1981. It is also where Elman fled during the darkest period of her life.

"When I was 27 I went blind," said Elman, who lost her sight to complications from juvenile diabetes. "I hid in my home I hid in the place to me that was the safest place in the word."

However, Elman told CBS News' Lee Woodruff that things finally turned around when she went to wrap a simple Christmas present.

In that moment, she realized  the importance of adapting and figuring out different ways to do things.

Before losing her sight, Elman worked in the wine and spirits industry and in coming back to her roots, she found a new way forward.

However, she admits that when she never would have dreamed of running the vineyard and starting a wine company. Elman is the founder of Alex Elman Wines, a growing portfolio of organic wines from all around the world.

Every time she acquires a new varietal, like a Chianti from italy or a Torrentes from Argentina, she changes the color of her dress. And Elman doesn't work alone, her assistant, a seeing eye dog,  is something of a wine snob --- and quite a beggar.

"Hanley travels to europe he travels to South America all of the wineries that we go to," said Elman.

At first Elman said she resisted the idea of a seeing eye dog, but now said it is hard to imagine her life or her business without him.

"When someone tells me something is organic, and I don't really believe it because I taste something funny on it, I'll put it in front of his face -- and if he likes the wine he'll actually go in and sniff it," said Elman. "If it's not right, he'll turn his head away like that. He gets in the dirt with me he scratches around to  make sure that we see earthworms and butterflies. That's how we know that the soil is actually organic that there are no chemicals."

It was at a blind wine tasting years before Elman lost her sight that she first realized her ability to discern the province of a wine using only her sense of smell and taste.

After seven-and-a-half years of service, Hanley is ready for retirement. He'll spend his golden years here in Elman's childhood vineyard chasing butterflies and welcoming her home from her travels abroad.

Elman said she now thinks the loss of her vision was a gift that allowed her to pay attention what is important.

"Don't sweat the small stuff and don't sweat the big stuff either cause you can deal with it," she said. "Also, most importantly, and more than anything else, is to adapt. Go with the flow [and] you'll be alright. Because you can't change it anyway... It just is."