RICHMOND, Va. (WTVR) - The mayor of a small Virginia town brought his big message to the big city, in a big truck. Stony Creek Mayor Frank Jackson drove the Keep I-95 Toll Free Truck to Charlotte this week to try and gain the attention of politicians at the Democratic National Convention.

Jackson, who has driven a truck for 33 years, is fighting Virginia Governor Bob McDonnell's plan to put up a toll on Interstate 95 in Sussex County.

“Reception was great, people loved the trailer,” said Jackson, who returned home early this morning. He said secret service security prevented him from parking the truck too close to the convention center where the DNC was held and that prevented him from contacting as many politicians as he would have liked.

Jackson says the governor's plan to erect a $4 toll for cars and a $12 toll for trucks would devastate his community - which he calls "economically challenged."

"We’re not poor, we’re rich in spirit,” the mayor said when referring to the people of his town. Jackson planned to park the Keep I-95 Toll Free Truck outside Richmond International Raceway for this weekend's NASCAR races. He hopes people will see the truck and start asking more questions.

“Lots of people still don’t realize this is happening,” he said.

An online petition to keep tolls off Interstate 95 has reached 3,400 signatures. Jackson is also using Facebook to get his message out.

Over the last few weeks, Governor McDonnell has held firm that his plan to add the toll to Interstate 95 saying it is the best way to raise money for interstate construction and upkeep.

“The bottom line is we don’t have another good way of paying for it,” said Gov. McDonnell in an August interview with CBS 6.  “If people want to use I-95, then they pay a toll, if you don’t want to pay a toll, don’t use 95.”

The federal government would need to approve any toll plan before it went into place. 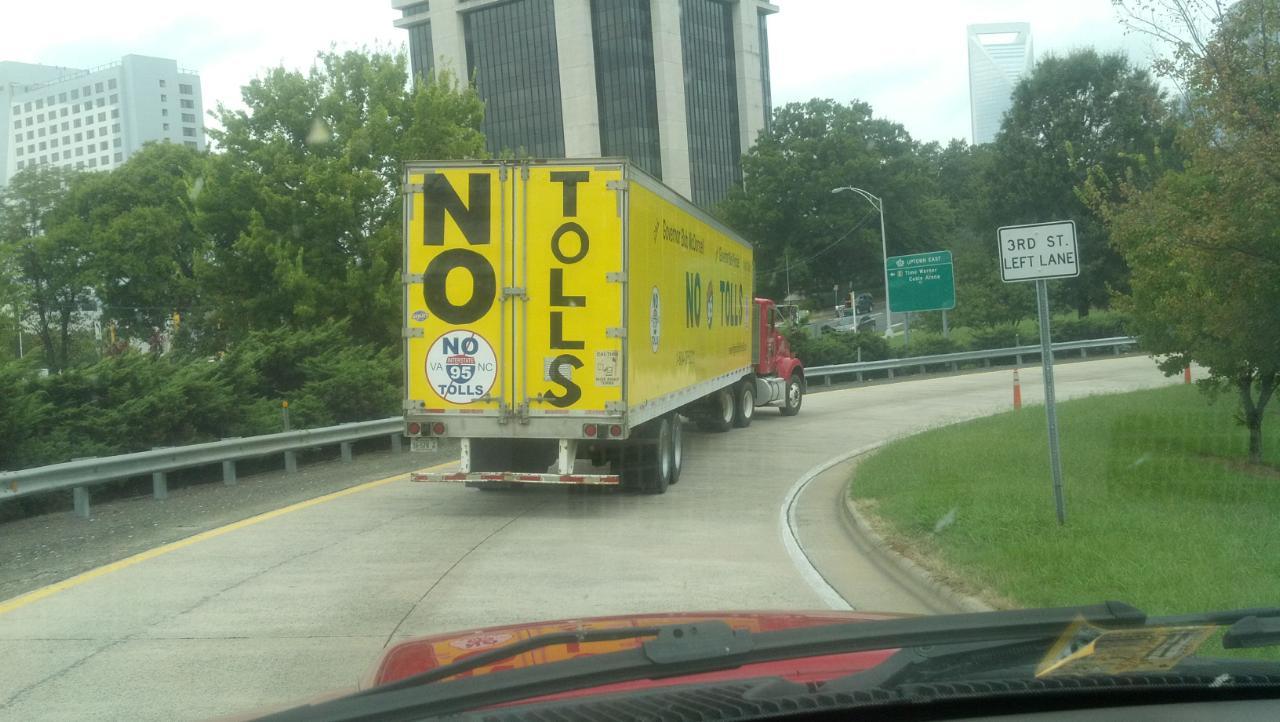