RICHMOND, Va. (WTVR) - And after much speculation, the 18 member steering committee working to figure out the best place in Richmond for the Washington Redskins to move the football team's training camp has suggested a Leigh Street lot behind the Science Museum of Virginia and City Stadium to Richmond Mayor Dwight Jones.

The first site is a large state owned tract behind The Science Museum of Virginia. The other potential site is at City Stadium near Carytown.

According to committee chair, Mike Frazier, a few big factors played a role in choosing these two sites. Accessibility, space for parking and sponsors are critical for the three week training camp period.

Mayor Dwight Jones says that construction on a new facility will cost between $9 million and $10 million. He also added that the training facility will generate $8.5 million during the three week Redskins camp and even more money during the year. Additionally, Jones said the city wants a site that will boost tourism and spending in the area.

"We appreciate the dedicated efforts of the committee and are very encouraged by the two sites that have been recommended," said Redskins Executive Vice President and General Manager Bruce Allen.

The final site will be chosen in the next couple of weeks. The design phase will commence in the fall. Construction will begin in January or February.

Ken Cobbs, who lives next to City Stadium and cheers for the Baltimore Ravens, would welcome the Redskins to his neighborhood.

"I may be a Ravens fan, but I want to see RG3," said Cobb. "City Stadium would be the best thing."

CBS 6 had previously reported four locations under consideration for the Redskins to move training camp next summer. 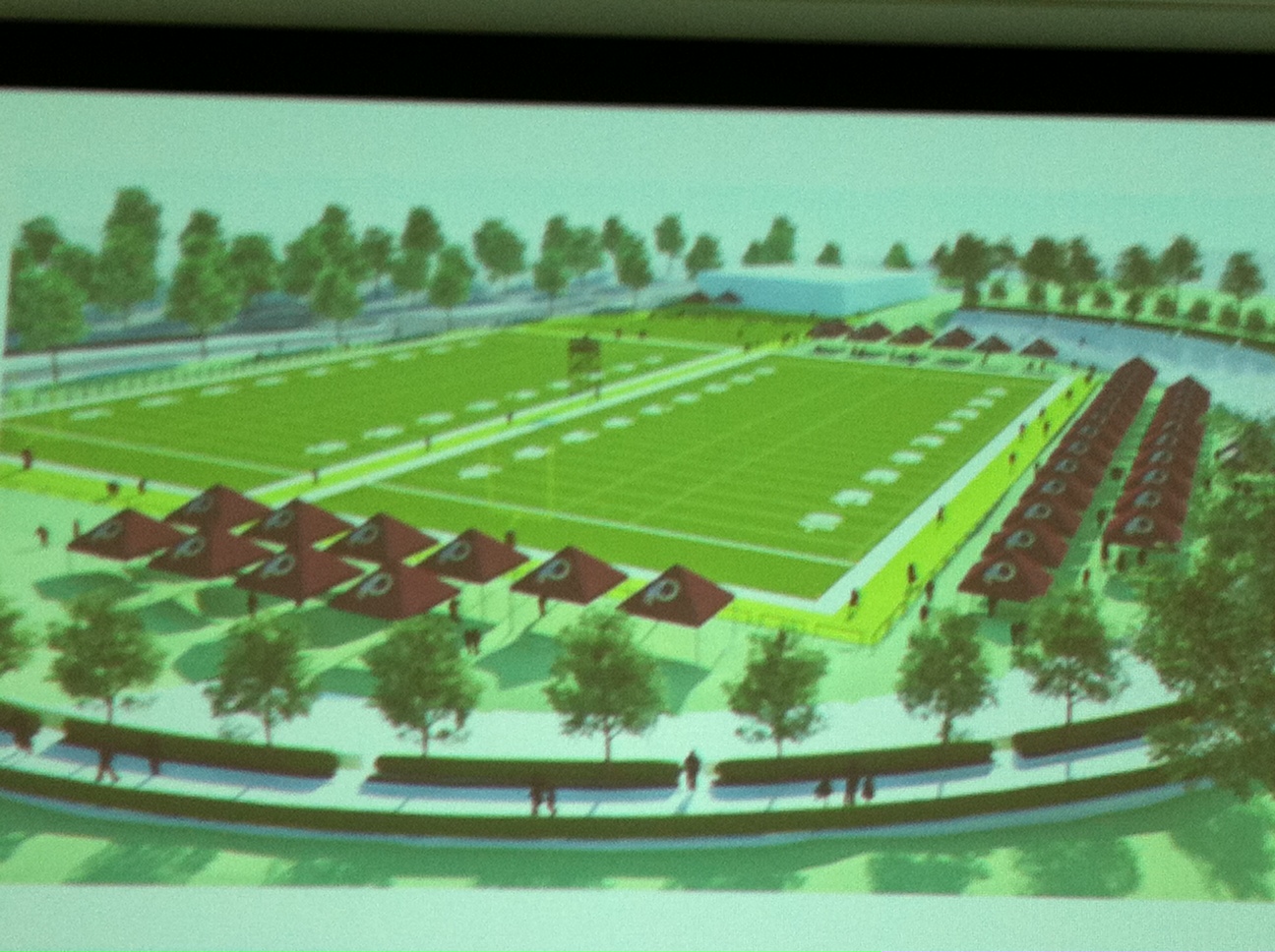 Click here to get caught up on Washington Redskins news.