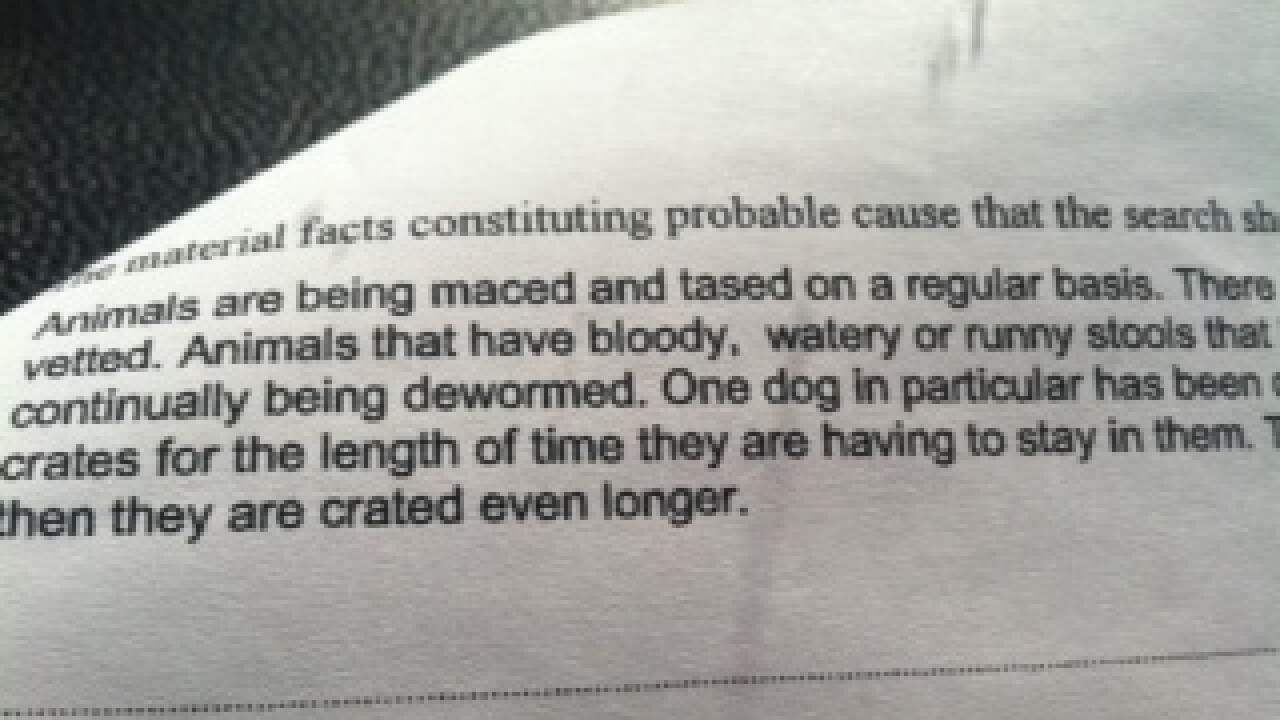 SURRY COUNTY, Va. (WTVR) - CBS 6 has obtained copies of a search warrant issued for the Dogs Deserve Better kennel housed inside the former Surry County home of NFL star Michael Vick. Vick sold the home after serving time for illegal dog fighting, that prosecutors said was connected to the property.

Monday, the owner of Dogs Deserve Better, Tammy Thayne, was charged with animal cruelty and inadequate care of animals. CBS 6 was there as deputies arrived and departed with boxes of what appeared to be evidence.

In the search warrants filed Tuesday, deputies seized a Taser and several cans of mace that were believed to have been used on the dogs. The mace cans were found in several locations including a closet and in drawers of the kitchen. In addition, investigators found an invoice for the purchase of the mace.

Additionally, the warrant shows the Animal Control officers believe Thayne was not obtaining adequate care for sick dogs. The papers say when the animals were sick many of them were not taken to the veterinarian. And dogs were crated in small crates and kept there “at a minimum of 19 hours a day”.

Thayne declined our request for an interview Monday, but CBS 6 was allowed to tour the kennel. Our cameras recorded at least nine dogs on the property with clean indoor and outdoor conditions

Watch CBS 6 News starting at 5 p.m. and check back with WTVR.com for Catie Beck's complete report.