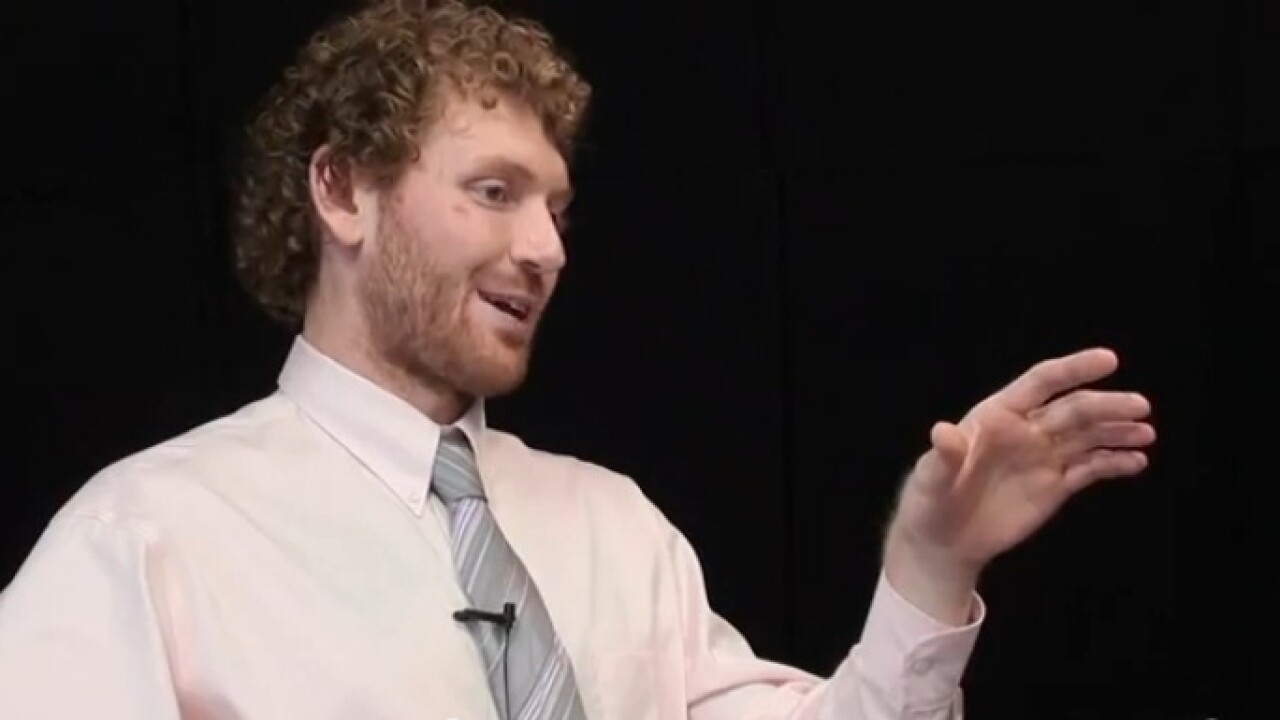 CHARLOTTESVILLE, Va. (WTVR) -  The Chesterfield Marine veteran detained for nearly a week over his anti-government Facebook posts is speaking out about the ordeal.

Brandon Raub was questioned by FBI agents about his Facebok postings and then hauled away from his Chesterfield County home in handcuffs on Thursday, Aug. 16. His posts question the government’s version of the 9/11 and the role of the Federal Reserve.

In a video interview released Tuesday by Rutherford Institute, a Charlottesville-based civil liberties group whose lawyers represented Raub, the former Marine talks about his time in the service, his controversial Facebook posts and what led up to his detention.

Raub said some of the posts were between he and some friends playing a card game where different factions compete to try to take over the world.

Additionally, Raub said one of the posts on his page was simply lyrics from a Swollen Members song. Raub said the lyrics "Sharpen up my axe; I'm here to sever heads" are a metaphor.

"The truth is very powerful and has the ability to cut," said Raub. "And the truth is not always nice. Sometimes it can be very specific, if that makes any sense.

Raub said he talked with two FBI agents from inside his door for about 10 to 15 minutes.  He said the agents mentioned his Facebook posts, but were not very specific and seemed to be prodding for him to elaborate on the messages.

However, the discussion them moved outside and Raub said he started going into specifics about government conspiracy theories. He said one of the FBI agents was scribbling down what he said. He also said that at no point was he read his Miranda rights, but that he was handcuffed.

At this point, Raub, still in nothing but a pair of shorts, said he begged the agents to let him go back inside and get some flip-flops and a shirt.

When they refused, and at one point, he said he decided to make things more difficult for the officers since they wouldn't let him get clothes from the house.

"I realized that they weren't going to read me my rights and they weren't  arresting me, so I basically just decided just to make it more difficult for them take me. I dropped my body weight – and I don't think one of the Chesterfield policeman liked it very much, so he tackled me into the fence."

Raub said the agents mentioned his Facebook posts, but were not very specific.

A secret service agent asked him to talk outside. That's when Raub said they talked for 10 to 15 minutes, and at one point, he was handcuffed.

Raub said he was not read his Miranda rights and at one point, decided to make things more difficult for offers since they wouldn't let him get clothes from the house.

"I'm pretty tough, so I rolled with the punches. But it made me scared for my country. The idea that a man can be snatched… out of his property without being read his rights, should be extremely alarming to all Americans."

Cell phone video shot by a friend that showed Raub being thrown to the ground and then put into a police car has gone viral on Youtube. His story, portrayed as a patriot whose free speech rights have been violated, has shot across the country.

Raub, who was being held in the psych ward of a Salem, Virginia, hospital was released after a Hopewell judge dismissed his case. The judge said the petition for his original detention contained no information on why Raub was being held, so the judge ruled the government had no grounds to hold him.

CBS 6 News’ Mark Holmberg stopped by Raub’s house Friday night and spoke with him briefly. Mark, who had dropped by to chat with Raub’s family, said the veteran told him he was not yet ready to talk on camera about what happened.

However, Mark said Raub seemed relaxed and at peace, surrounded by his family

Stay with CBS 6 News and WTVR.com for continuing coverage of this story.