By Tricia Escobedo and Chris Welch

(CNN) — Federal prosecutors are expected to argue that an Amish sect leader, accused of orchestrating beard-cutting attacks against fellow Amish men, was operating a cult out of his family compound in rural Ohio.

The sect leader, Samuel Mullet Sr., is one of 16 Amish men and women charged with federal hate crimes in the beard-cutting attacks last year. The trial began Monday with jury selection in federal court in Cleveland. Mullet and several of his sons, who were arrested in December, are among those on trial.

To the Amish, a beard is a significant symbol of faith and manhood. 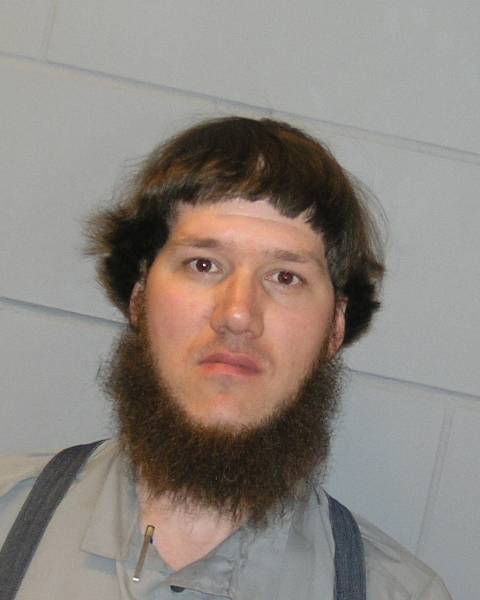 Prosecutors have said the accused men and women, all members of Mullet’s breakaway Amish sect, planned and carried out the attacks “on their perceived religious enemies” under Mullet’s orders. CNN has reached out to Mullet’s defense attorney for a response.

Usually, the Amish resolve disputes without involving law enforcement, but concerns that Mullet is operating a cult on his compound prompted some Amish members to report the beard-cutting incidents to police.

Amish man Myron Miller was held down by men armed with scissors and battery-powered clippers who cut off a chunk of his beard, according to a police report. Arlene Miller said she and her husband decided to report the cutting to police in hopes of preventing other people from being hurt, including Mullet’s followers, who “need help,” she told CNN.

The Millers said fear of reprisal attacks prompted them and other Amish residents in rural eastern Ohio to lock their doors at night — something unheard of in Amish communities.

Mullet’s sect is made up primarily of his relatives living on and around an 800-acre compound in a remote valley outside Bergholz, Ohio, according to Jefferson County Sheriff Fred Abdalla.

Prosecutors have said Mullet “exerted control over the Bergholz community by taking the wives of other men into his home, and by overseeing various means of disciplining community members, including corporal punishment.”

Those accusations could play a key part in the trial against Mullet and his co-defendants. Last week, a federal judge ruled that witnesses can testify about Mullet’s alleged sexual activities at his compound in Bergholz, according to The Cleveland Plain Dealer.

When reports of the beard-cutting attacks first surfaced last fall, they uncovered an ongoing split between Mullet’s sect and the larger Amish community in and around Bergholz, many of whom believe that Mullet is creating rules and punishments that do not fit with the broader Amish belief system.

Aden Troyer said he was once part of the Mullet family compound. He married Mullet’s daughter, Wilma, and the couple had two daughters. Concerned about the way Mullet was “ruling” his followers, Troyer said he started making arrangements to move his wife and children out of the group.

Not long after, Troyer said, Mullet began interfering with their marriage. Troyer said Mullet would ask women, including his wife, “about their sexual relationships with their husbands.”

“That’s very atypical behavior for Amish to do that,” Troyer said. “It’s unheard of.”

He said, “In the Amish community, no one has jurisdiction over what goes on between a husband and wife. He’s the only guy and only leader that I know of that ever has gotten into an Amish couple’s married life.”

Troyer divorced and left the sect in 2007 with full custody of his two daughters.

When CNN traveled to Mullet’s compound last fall before his arrest, Mullet denied he was running a cult. When asked about allegations that he orchestrated the beard-cutting attacks, he responded, “Beard-cutting is a crime, is it?”

Asked about the accusation that he split up his daughter’s marriage to Troyer, Mullet responded, “Maybe you should ask the people whose beards were cut about the marriages they’ve split up.”

He refused to elaborate.

Abdalla, the sheriff, told CNN last fall that he fears the situation could come to a dramatic demise.

“If I were to get a call right now telling me, ‘Sheriff, they’re all dead in the community out there,’ it wouldn’t surprise me,’ ” he said.