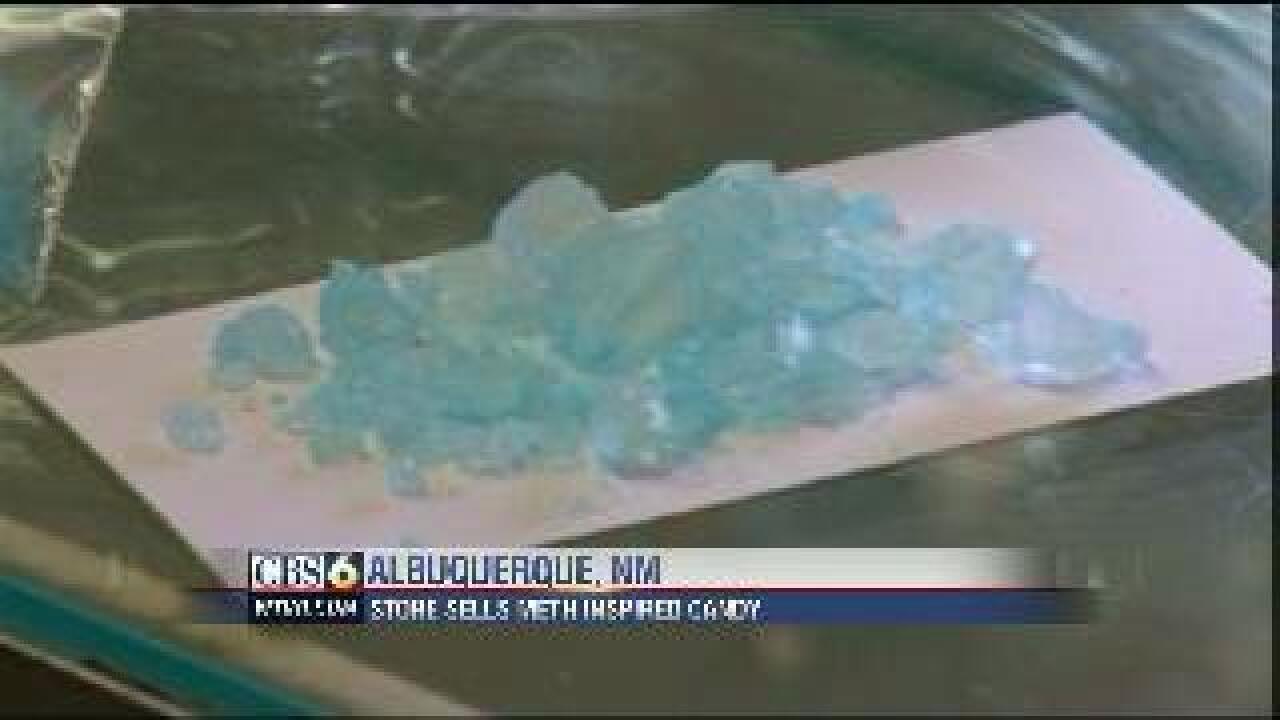 ALBUQUERQUE, NM (CNN) – The owner of an Albuquerque candy shop is trying to capitalize on the popularity of the AMC show “Breaking Bad,” which is set in the city. In the show, a chemistry teacher becomes a crystal meth dealer.

Debbie Hall, known as the Candy Lady, decided to become a dealer of her own kind. She’s selling meth-inspired candy. It’s just crushed up colored rock candy but she says tourists are eating it up.

Each bag of the candy costs a dollar.