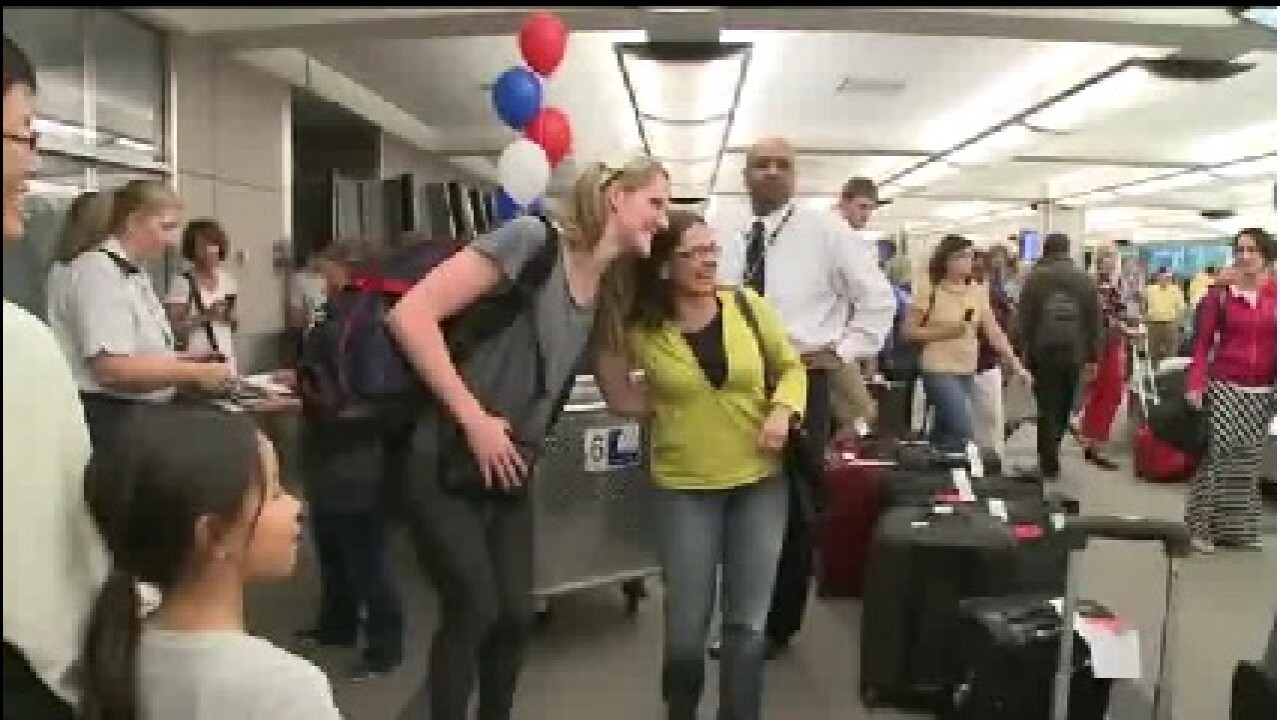 She was mobbed by adoring fans who wanted a memory. The Olympic champion swimmer was happy to pose for pictures in baggage claim and sign autographs.

Franklin was only one of five Olympians who won five medals. She won four gold medals and one bronze. She also set a world record in the 200m backstroke.

“It’s like totally unreal for me,” Franklin said as she walked through the terminal.

As she drove into her Centennial neighborhood Monday evening, she found signs thanking her for being an inspiration.

FOX31 Denver photojournalist Angel Rosado was in the neighborhood, and had an opportunity to talk with her for a couple of minutes. “There are so many things here that are so sweet. My neighborhood put up so many posters and signs and it’s so awesome,” she said.

She says she owes her success to her parents. “I think kind of the way I (grew) up was that you let what you do speak for you. I mean no matter what it is, if you put in that hard work, it’s going to show.”

But even all of that gold can’t make up for a few creature comforts at home. “I just attacked my dog. He ran over to me and we just cuddled… it was so good to see him.”

Hear the rest of what Missy had to say in the video clip below: