County, town leaders plan to fight against I-95 tolls 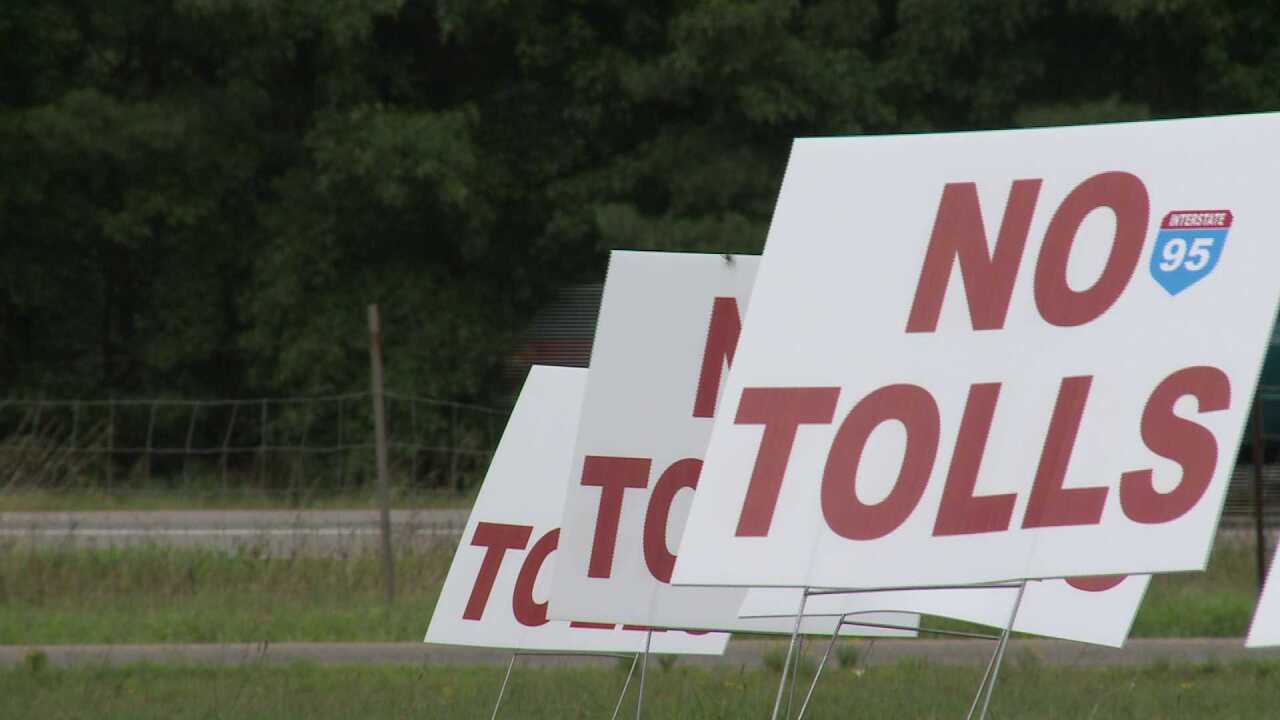 RICHMOND,Va. (WTVR) – The leaders of several Virginia counties and towns along I-95 are coming together to fight Governor Bob McDonnell’s plan to erect tolls on the interstate.

The governor’s plan, which still needs to be approved, would add a $4 toll for cars and a $12 toll for trucks along I-95 in Sussex County.

Opposition to the plan is obvious in Stony Creek where townspeople made “No Tolls” signs for display along the interstate.

“They didn’t think there would be any opposition,” said Stony Creek Mayor Frank Jackson in an interview with CBS 6 last month.  “We’re going to fight it tooth and nail till the last day.”

In addition to added costs for people who live near I-95, those opposed to the tolls told CBS 6 they feared travelers would use another route to avoid the toll and take their tourist dollars with them.

In response to the letter, the governor’s office said the plan is moving forward.

“The bridges, pavement and infrastructure is significantly aged in this corridor. We need to find any innovative funding solution possible to upgrade I-95 and to make sure it carries traffic today and in the future,” said governor’s spokesman Jeff Caldwell last month.

If approved by the federal government, the new toll could be in place by next year.