Deer caught in soccer goal, waits to be freed

PETERSBURG, Va. (WTVR) - A game warden with the Virginia Department of Game and Inland Fisheries had to tranquilize a deer that had gotten tangled in a soccer goal.

The deer was discovered caught in the net behind a building on Old Wagner Road in Petersburg before 9:00 a.m. Wednesday.

"It's very tough [watching this]," said Chris Fisher, who discovered the deer. "You don't want the deer to hurt itself trying to get loose, so hopefully they can release it and let it go." 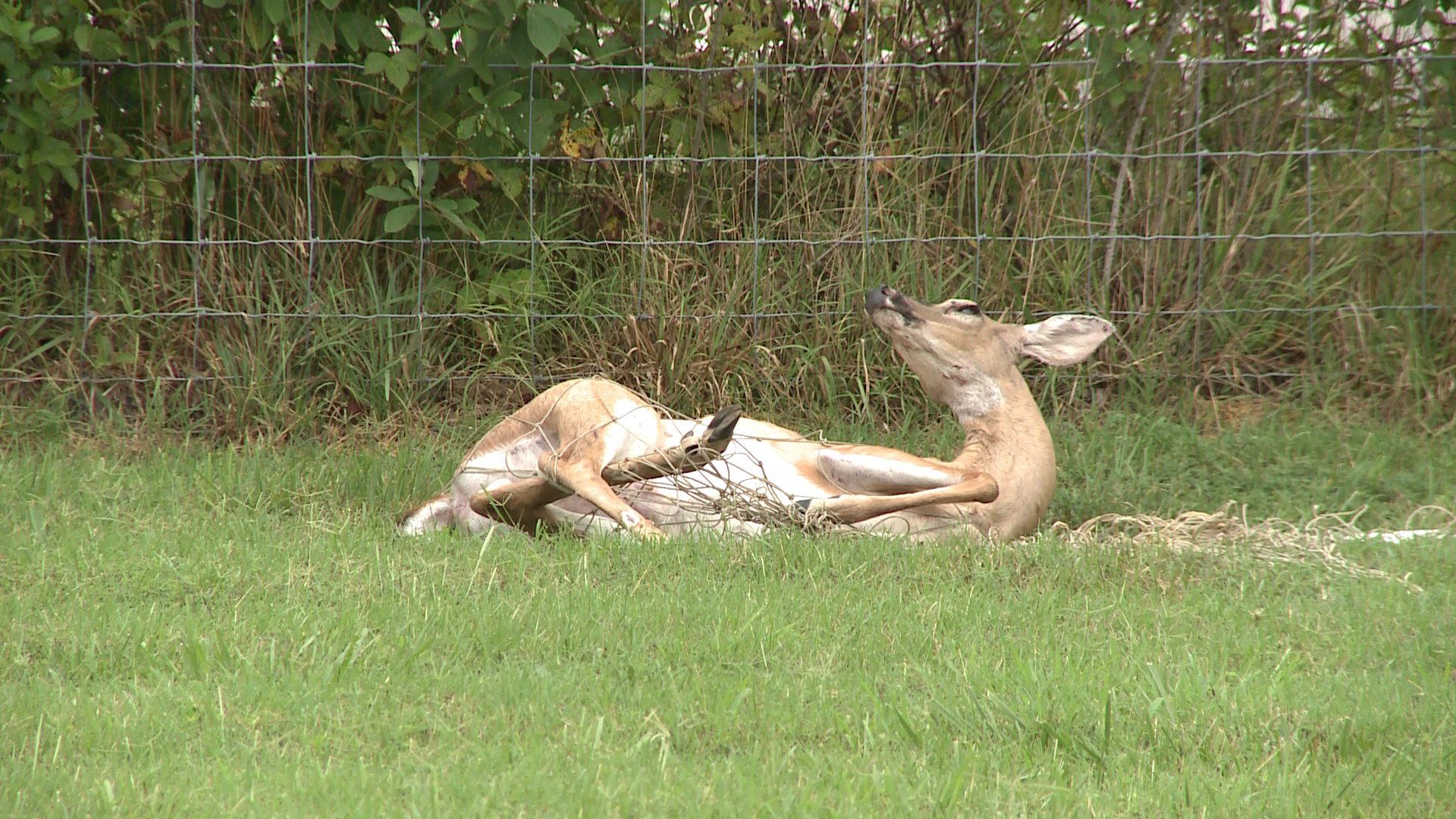 After he tranquilize the deer, the warden was able to free the animal from the net. He told CBS 6 senior reporter Wayne Covil he planned to release the deer back into the wild.