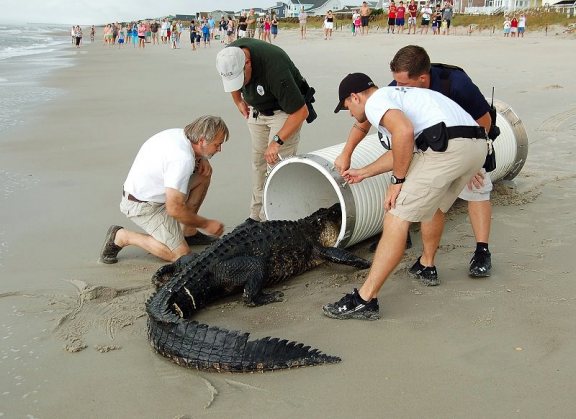 Shane Holden said a jogger spotted the alligator on the beach and called police. When officers arrived, they contacted wildlife officers.

Officers managed to lasso the alligator but struggled to pull him from the surf up on the beach.

The alligator was placed in a container and taken away. He’ll either be taken to a preserve or released back into the wild.

Last week, a smaller alligator came ashore near Isle of Palms.  Official said it’s not uncommon for alligators to be swept out to sea following heavy rains.