August is a Blue Moon month 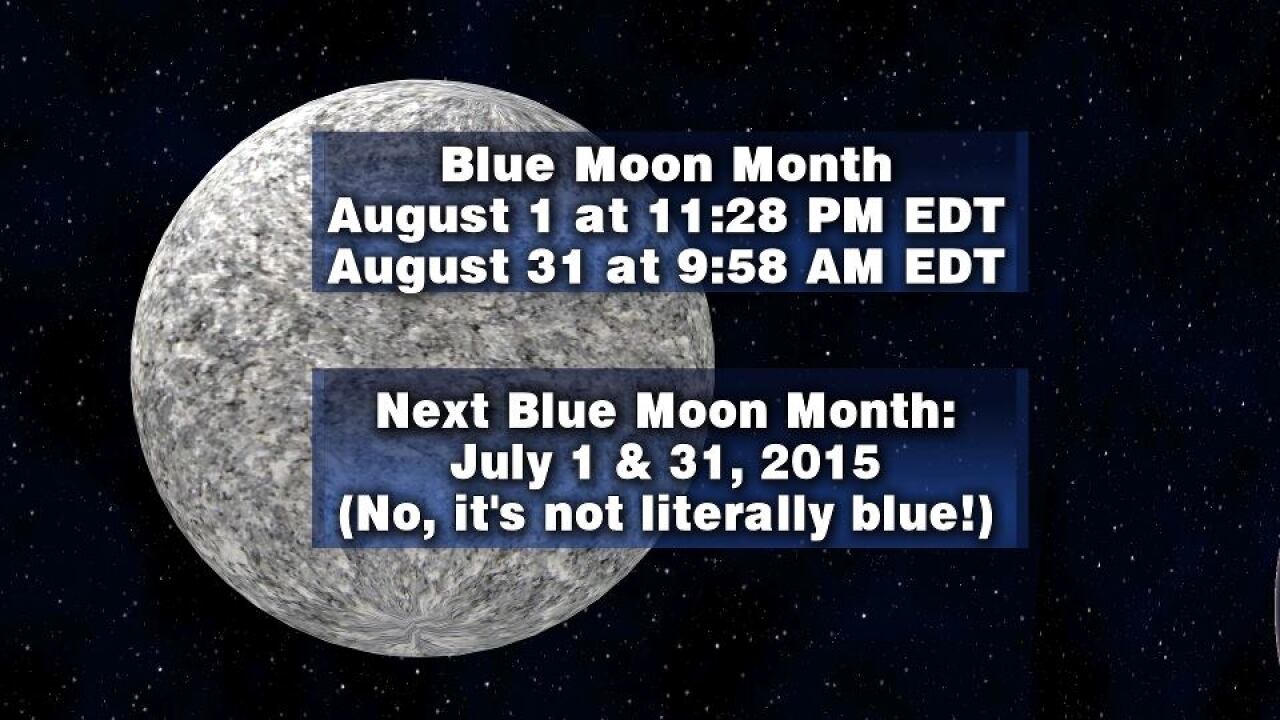 RICHMOND, Va. (WTVR) – No, neither of these two Full Moons in August will literally be a blue color, but they will fall within the same calendar month. That’s why this month is dubbed a “Blue Moon” month. The common phrase “once in a Blue Moon” is fair to say, because two Full Moons occurring within the same calendar month only happens about once every three years. According to Joe Rao, with Space.com, the origins of the phrase “once in a blue moon” goes back to 1824 and refers to occurrences that are uncommon, though not truly rare.

However, the history of the nickname is muddled because of a few errors in space reporting over time. A “Blue Moon” used to mean a fourth Full Moon within a season, or thirteen Full Moons in a year. There were even other accepted “Blue Moon” meanings around the world according to different calendars.  But then an article from a contributor to Sky and Telescope misquoted it to mean the second Full Moon in a single calendar month. CLICK HERE for more on that mistake that led to our modern-day acceptance of a Blue Moon.