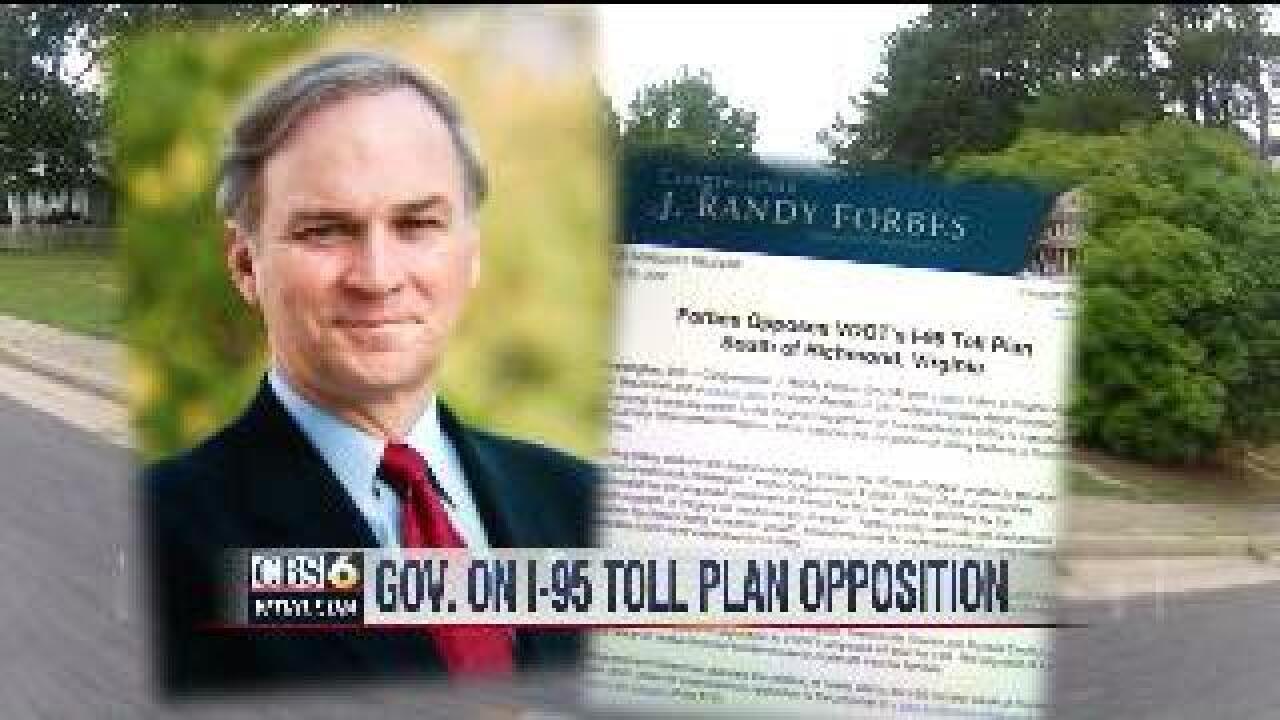 RICHMOND, Va. (WTVR) - Virginia Governor Bob McDonnell's plan to add a toll to Interstate 95 between Richmond and the North Carolina line will not be affected by opposition from Virginia Congressman Randy Forbes.

This week Rep. Forbes (R -  4th District) sent a letter to the governor urging him to halt plans to add a toll along I-95 in Sussex County.

“Adding tolling stations will disproportionately burden the citizens of region unable to shoulder additional economic challenges,” wrote Rep. Forbes. “Many of the communities surrounded by the proposed placement of the toll facility are already identified by the Commonwealth of Virginia as ‘economically stressed.’ Adding costly new tolls will exacerbate this situation by discouraging economic growth, increasing costs for more businesses, and making everyday travel more expensive for families.”

The plan, which still needs to be approved, would add a $4 toll for cars and a $12 toll for trucks. Some people  in Sussex County have formed a grass roots operation to oppose the plan. In addition to added costs for them, they fear travelers will avoid the toll and take potential tourist dollars with them.

In response to the letter from Rep. Forbes, the governor's office said the plan is moving forward.

"The bridges, pavement and infrastructure is significantly aged in this corridor. We need to find any innovative funding solution possible to upgrade I-95 and to make sure it carries traffic today and in the future," said governor's spokesman Jeff Caldwell.

If approved by the federal government, the new toll could be in place by next year.