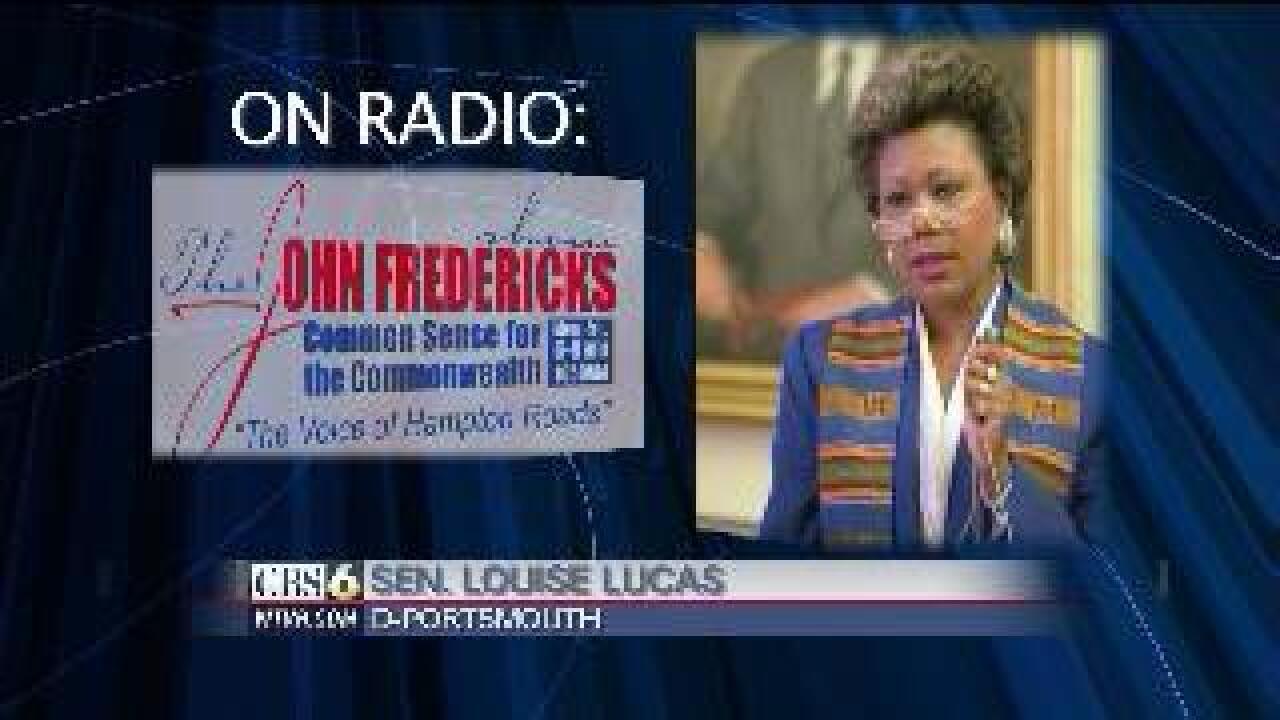 RICHMOND, Va. (WTVR) - Today at the State Capitol, re-enactors braved the hot sun to showcase a part of Virginia's history.

But one Virginia lawmaker said the state's past is still present in politics.

“A segment of the population who does not see people other than a white man in the White House or in any other position,” Senator Louise Lucas (D-Portsmouth) said.

"Mitt Romney is speaking to a group of people out there who don't like folks like President Barack Obama in any elected or leadership position.  We know what’s going on here and some people may be afraid to say it,” said Senator Lucas. “But I'm not.”

He said the senator‘s comments have no place in Virginia politics or national politics for that matter.

"It's just more noise for the noise machine,” said Goldman.  “And that's one of the reasons you look at the polls and you talk to people and they're frustrated.”

But one high ranking Democrat disagrees.

"I agree with almost everything she said.  I mean she's talking from the heart,” said Senator Henry Marsh ( D-Richmond) . "I mean I've been in public office since 1966....race is a factor.”

“We just have to deal with it,” he added.

Lucas, who has been outspoken on the subject of race and politics, said, “it is time that we face the reality that we need to have a national discussion on racial issues.”
Lucas did not respond to requests for comment on her radio interview.
CBS 6 called several Republicans Thursday to get their opinions on Lucas’ comments.  A representative with the Republican party of Virginia told us they’re not going to touch it.

“The Governor found the comments to be divisive and flat wrong,” Tucker Martin, Governor McDonnell’s spokesperson said. “They are out of place and out of touch.”

“This election is about who can best get Americans back to work, spending under control and our nation back on track,” he concluded.