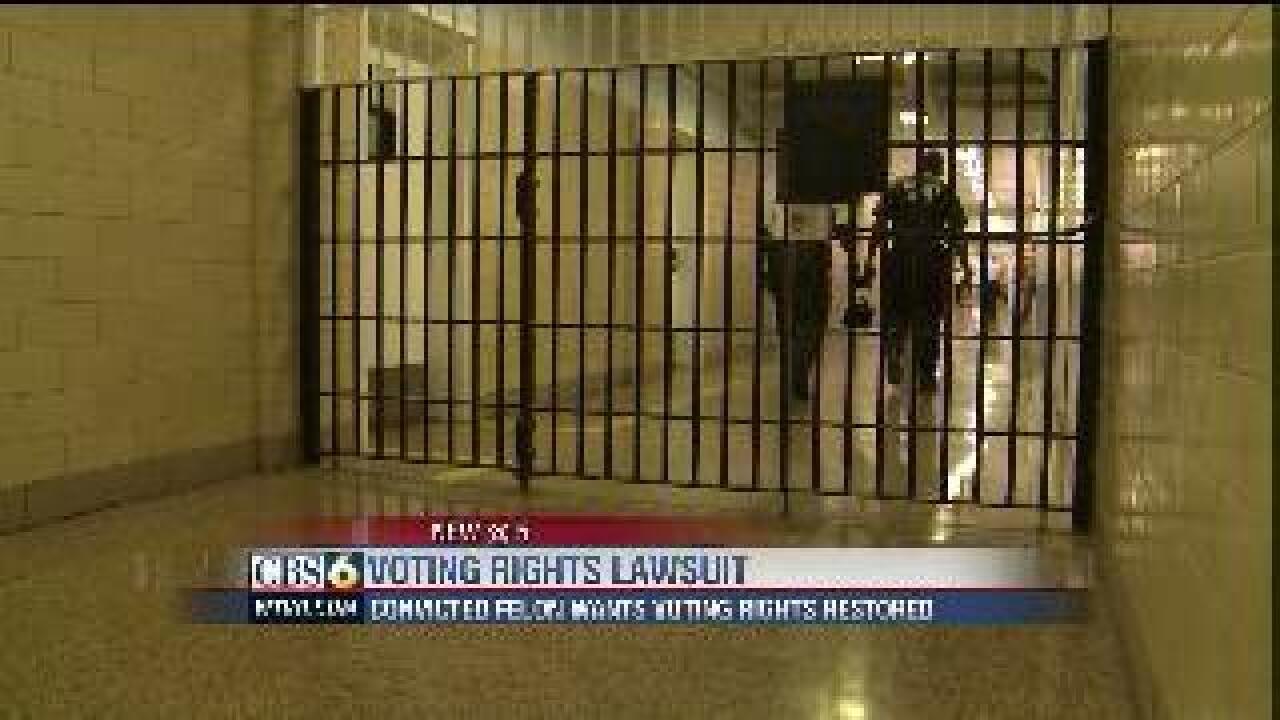 He is one of the 350,000 convicted felons who live in Virginia. "I did what I did. I served my time.  I'm back,” said Sa’ad El-Amin, former Richmond City Councilman.

Now, El-Amin is fighting to get felons and convicted felons to the polls.

It's all spelled out in a 17 page federal lawsuit, in which, El-Amin names Governor McDonnell, the Secretary of the Commonwealth and Richmond's Registrar.

El-Amin is asking a judge to rule on his arguments that the felon disenfranchisement is unconstitutional in Virginia.

At a news conference Wednesday, Sandra Jones questioned El-Amin as to why he or any other convicted felon deserves to have their rights restored.

"Why can't I vote?”  I live under the laws that they passed,” said El-Amin.  “But I can't vote with regard to those laws or the people who passed them?"

El-Amin has the backing of the NAACP.

"It's just another way to keep us out and limit our power and effectiveness.  But the people united will never be defeated,” said King Salim Khalfani, Virginia NAACP Executive Director.

If he wins the suit, El-Amin believes it will change Virginia's political landscape.

"Do you realize that if 350,000 people was suddenly put back on the rolls that Virginia would not be a battleground state?"

CBS 6 caught up with Governor McDonnell to get his reaction to the lawsuit.

He explained that there is a process to get your voting rights back. “The governor's got the only authority to be able to resolve voting rights,” he said. “I've restored more voting rights at least in my Virginia history,” said Governor Bob McDonnell.

According to the ACLU, Virginia is one of only four states which permanently bar convicted felons from voting, even after they are released from prison.  But the Governor’s office said he’s restored 3,222 convicted felons since he’s been in office.