HOPEWELL, Va. (WTVR) – Powerful storms that moved through the area Tuesday afternoon downed trees and knocked out power to parts of Hopewell.

Additionally, officials said power was knocked out to the Hopewell Police Emergency Communications around 6:20 p.m. As a result, calls made to 911 and 541-2222 911 are being rerouted to the Prince George Police Department. Those calls are then being patched back to dispatchers in Hopewell.

One massive tree that fell in the Hopewell's City Point section has forced 12 people out of their homes.

The tree, which is around six feet in diameter, fell in between two homes as the storms blew through.

CBS 6 News' Jon Burkett said firefighters worry the tree has not completely fallen, since it is pinned on top of another tree. Additionally, Burkett said the massive tree's root system, which is around 25 feet wide by 20 feet high, is complicating removal efforts.

Burkett said 12 people have been displaced, since crews are working to remove the tree. Power is also out in the area. 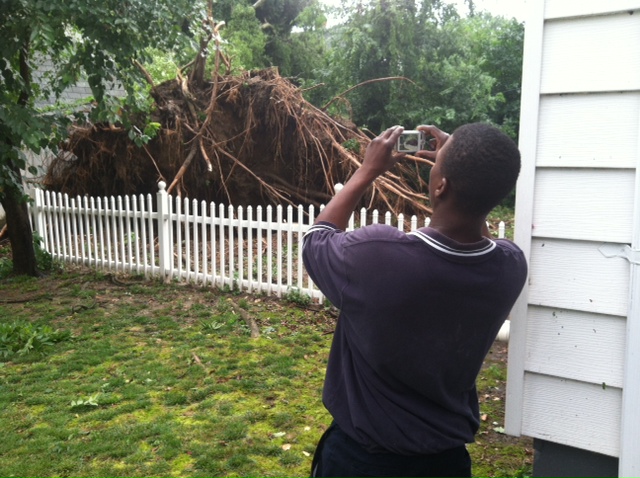