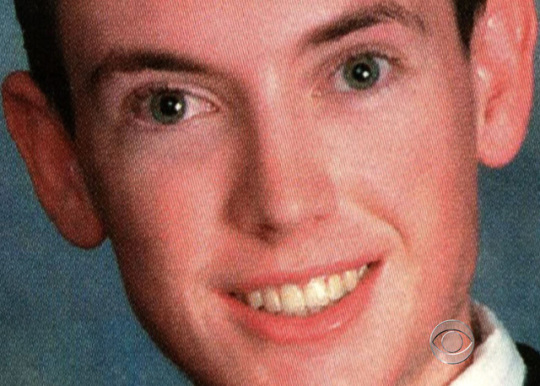 (CBS News) “I am not a 24-year-old gun-slinging killer from Aurora,” James P. Holmes wrote on Facebook Friday morning.

Holmes is a Denver man who shares first and last names with the suspect in the deadly shooting that took place at a midnight screening of the latest Batman movie just hours before, James Eagan Holmes.

As the investigation got under way in the shooting at the “The Dark Knight Rises” premiere, in which 70 members of the estimated 300-seat crowd were killed or injured, those looking for clues to make sense of it all went online for a digital footprint for the suspect – to no avail.

It appears that the suspect Holmes is not on any social networks – at least not under his legal name. The picture of Holmes that has been painted is not much different than a typical, perhaps disenchanted college student.

This is what we know about James Eagan Holmes: He graduated with a bachelor’s degree in neuroscience from the University of California, Riverside, and was about to drop out of graduate school at University of Colorado, Denver. The reasons why Holmes would get dressed in all black, a ballistic helmet and tactical gloves and walk into that AMC Theater early Friday morning and open fire on innocent people remain a mystery.

If he was on Facebook, we might know what’s been on his mind, what he had for dinner or how he spent the Fourth of July, offering insight into his mental state ahead of the events, but Holmes is not found on that social network, or Twitter. He doesn’t have a website or blog. Unconfirmed reports late Friday allege that he may have been on the dating site AdultFriendFinder.com, not a forum most would choose to connect with friends, family or the greater public.

The fact that Holmes is not online perplexed denizens of the Internet throughout the day, invoking some to message people with similar names, create fake Facebook profiles and even write articles pondering why Holmes, who is 24 years old, presented no presence online.

Mashable editor in chief Lance Ulanoff can’t “get over what an online ghost Holmes appears to be.” Slate staff writer Will Oremus posits that either Holmes really doesn’t have a digital footprint, or his name is so common that search results have been buried beneath Friday’s news.

“It’s certainly unusual. Data suggests that 95 to 98 percent of people Holmes’ age are on social media,” Dr. Megan A. Moreno, of University of Wisconsin-Madison School of Medicine and Public Health, told CBS News. As for that other 5- to 2 percent, Moreno, who has no connection to the case, highlighted a link between extreme Internet use – or lack of use – and depression.

But the lack of a Facebook account doesn’t necessarily mean that the suspect was depressed. If he was pursuing a graduate degree in neuroscience, he may have limited his presence on social network for professional reasons.

“I’d read articles about how employers were looking at Facebook accounts. I didn’t feel like they were completely secure,” 33-year-old Justin told CBS News. “I didn’t feel comfortable with my personal life out there.” He has a valid argument. Even with privacy settings in place, your information is still online.

There is the possibility that Holmes either used a pseudonym for his online accounts or his accounts were put on hold, making them unavailable during an online search. A former student colleague told the New York Times the suspect spent time in the lab logged in to online role playing games.

A truth is that with tragedies comes the human need to ask “why” – even when grasping at straws. The fact that James P. Holmes had to publicly announce on Facebook that he was not the shooting suspect, and that a screenshot of his status update was seen thousands of times, is telling of how may have tried to connect for information.

Nearly 24 hours since the shooting, the mystery of “James Holmes” continues. People are “so angry they can’t get to that person,” Moreno said. “They’re trying to get at anything – trying to vent.”