CHESTERFIELD COUNTY, Va. (WTVR) – Chesterfield Fire and EMS released the name of the teenager whose body was recovered from Falling Creek Wednesday.

Allen Brown, 19, of Mountain Pine Boulevard, was pulled from the water around 6:45 p.m.

Allen's sister spent part of the day looking through pictures, remembering her brother, who she said always found the bright side in every situation.

Investigators said the 19-year-old was with a group of friends, enjoying a warm summer day on Falling Creek, when something went wrong.

Brown's sister said a storm rolled in and as her brother was trying to get back to store, he got a cramp in his leg. Allen said one of her brother's friends kept trying to push him to get him to shore, but that he was just being pulled down with him.

Wendy Gonzalez, the assistant principal at Community High School where Brown recently graduated, said the friend is shaken by what happened.

"He's very distraught at this time. They were very good friends, ... and he's having a hard time right now, because he was trying to help Allen and help him out," said Gonzalez.

Brown's sister said she always considered her brother to be a good athlete, including being a good swimmer.

"He was the only one of us that actually knew how to swim -- and that's what's crazy," said Allen. 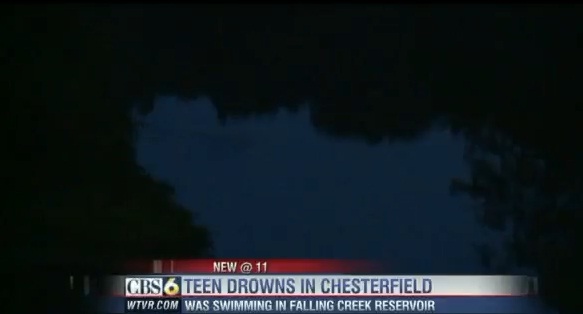