Why is a murderous gangster buried in a Virginia woman’s yard?

RICHMOND, Va. (WTVR) – Just last week we told you about a group of men who hijacked a big rig near Virginia Center Commons leaving the driver bound while the crooks stole his truck.

It’s not the first time Richmond has seen crimes like this.

During the American gangster era a group of men known as the Tri-State Gang preyed on truckers with deadly consequences.

You’ll find one of the most obscure landmarks in all of Virginia. Just about 50 miles outside Richmond, a long a rural stretch of Route 522, under a massive oak and surrounded by weeds.

"He was buried right at the house where we were living,” Jean Perkins said. “He was a monster. He killed people out of the sheer enjoyment of killing people."

But how did this criminal's violent, blood splattered road end in her front yard?

It begins with the frightening tale of a genuine American gangster.

In a Depression-era America, notorious bootleggers and murderers like Machine Gun Kelley, John Dillinger and Al Capone were running roughshod over police departments. 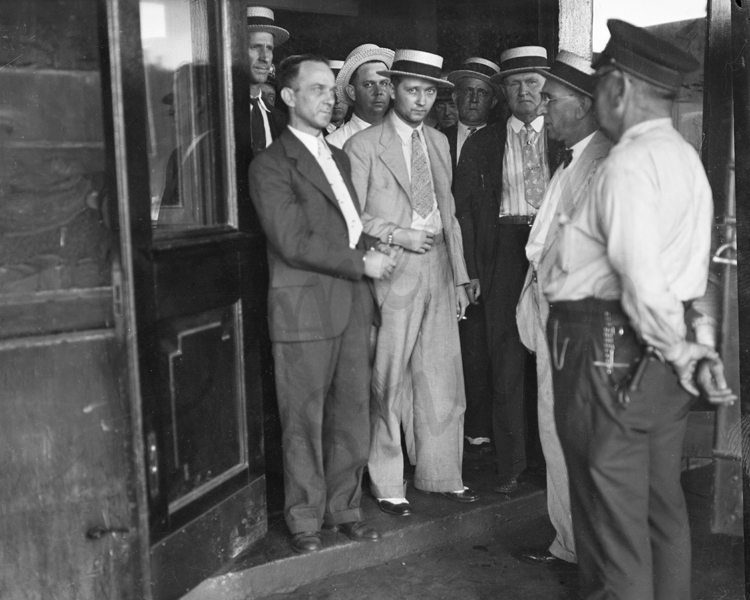 Walter Leganza and his partner in crime Bobby Mais – two street thugs from Philly with long rap sheets and a penchant for hijacking - took aim at Central Virginia.

"It was a brief lightning like strike against Richmond,” said Selden Richardson, author of The Tri-State Gang In Richmond.

Their target? Tobacco trucks from North Carolina loaded down with cigarettes.

"It was prohibition. They were pushed to the brink. They had nothing. They wanted everything. It was a big explosive period of time,” said Richmond.

On March 8th, 1934, in a bold strike outside Broad Street Station – Leganza and his cohorts - looking for a big score - hijacked a Federal Reserve truck.

"Walked over to it. Jerked the door open. Leganza immediately raised a pistol and fired a bullet into the driver of the truck,” said Richardson.

There was no cash inside the truck, just cancelled checks and letters. The crime left the city reeling as police hunt for suspects.

"It was huge sensation for a place like Richmond,” said Richardson.

The cuffed criminals return to face a Richmond judge. The killers were slapped with a death sentence.

Using two smuggled pistols the convicts blasted their way out.

Richmond Police officer, and father of three, William Toot died in hail of bullets. A second officer would later die.

"Nothing got in their way. They were bloodthirsty. They really had nothing to lose,” said Richmond.

Four months later in January of 1935, Mais and Leganza's luck runs out in New York. The pair is finally arrested.

The battered criminals return to Virginia under the cover of darkness and air tight security. A judge ruled the pair would die in ten days.

Mais and Leganza spend their remaining time just steps from the death chamber in the infamous State Penitentiary on Belvidere.

On the frigid morning of February 2, 1935, the forty-year old Leganza and Mais died minutes apart, thus ending one of Richmond's most tumultuous periods.

"They did all of their damage in a short period of time,” said Richmond.

Long after their deaths Hollywood would retell Leganza's and Mais' gripping story.

These days a few landmarks tied to the Gang still stand.

In the woods of Goochland you will find remnants of Club Forest - The Tri State Gang's headquarters was blown up by gangsters in August of 1934.

But the most curious landmark can still be found in Jean Perkins' old front yard. Perkins’ father, an undertaker in Louisa, agreed to bury the killer in the country when Leganza's family wouldn't claim him.

"His eyes are horrible,” said Perkins.”You can look at him and tell what he is. I don’t think the churches wanted him."

For years the Perkins’ family wondered if Leganza's henchman would drop in unannounced.

"Flowers were left on that grave in the middle of the night. We never saw. Heard anything at all,” said Perkins.

"I'd much rather have him out there dead than alive. I’m glad he is where his. He is where he belongs,” Perkins’ said.