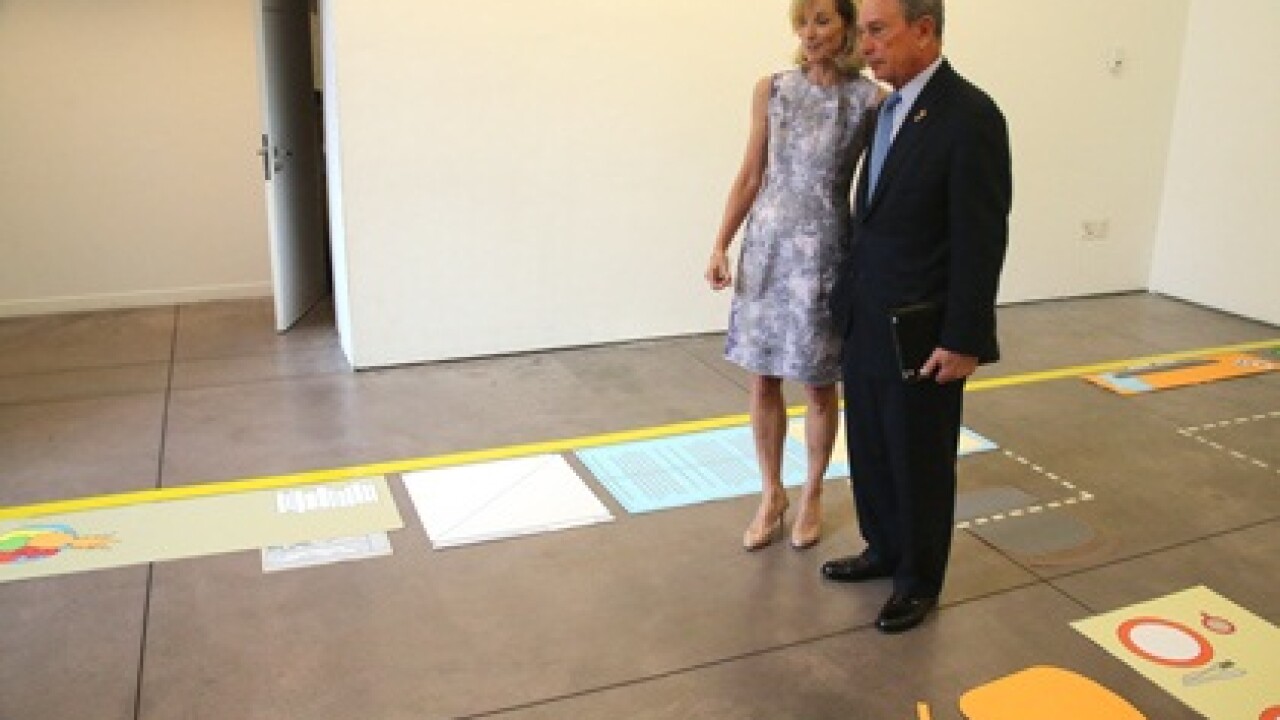 New York City Mayor Michael Bloomberg announces “micro-units” plan on Monday, July 9, 2012. Bloomberg called on designers to come up with a proposal for a Manhattan apartment building made up mostly of “micro-units,” defined as rentals with 275 to 300 square feet of living space. Submissions are due September 14, and winners will be chosen at the end of 2012, with the first micro-units to be developed by late 2013.

But in New York City, with a population of more than 8 million, finding a good spot for the right price can be tricky.

So Gotham’s mayor is looking for help.

Michael Bloomberg on Monday called on designers to come up with a proposal for a Manhattan apartment building made up mostly of “micro-units,” defined as rentals with 275 to 300 square feet of living space. [Remember our story on the 84-square-foot home? Click here]

Submissions are due September 14, and winners will be chosen at the end of 2012, with the first micro-units to be developed by late 2013.

For New Yorkers accustomed to cramped quarters and others pushed beyond city limits due to cost, the pilot program may be something to consider.

“Today there are about 1.8 million one- and two-person households in our city, but there are only about 1 million studio and one-bedroom apartments,” Bloomberg told reporters Monday.

“You notice the mismatch.”

The pilot units will be required to fill at least 75% of the building. They’ll have kitchens and bathrooms, but are far smaller than current city minimums of 450 square feet.

“New York City’s housing codes have not kept up with its changing population,” the mayor’s press release said.

The units will likely be priced under $2,000 a month, which is the average market rent for a studio apartment in Manhattan, according to city Housing Preservation and Development Commissioner Matthew Wambua.

But for those used to stretching out, the new units may be a bit tight.

“It can fit a twin size bed, maybe a small nightstand, a small dining table for two, and that’s pretty much it,” said Jonathan Miller, CEO of Miller Samuels, an independent appraisal firm. “A master bedroom of a modest ranch home equipped with a bathroom would probably be the equivalent.”

The average size of a studio apartment in Manhattan is around 550 square feet.

Observers say Bloomberg’s proposal may reflect shifting housing needs and point to a more accurate portrayal of the true costs of city living.

Considered one of the world’s most densely populated areas, more than 69,000 people on average occupy each square mile of Manhattan, according to the latest census data.

The program’s first micro-units are to be built on a vacant lot owned by the Housing Preservation and Development Department, and are part of a city initiative to create or preserve 165,000 affordable housing units by 2014.