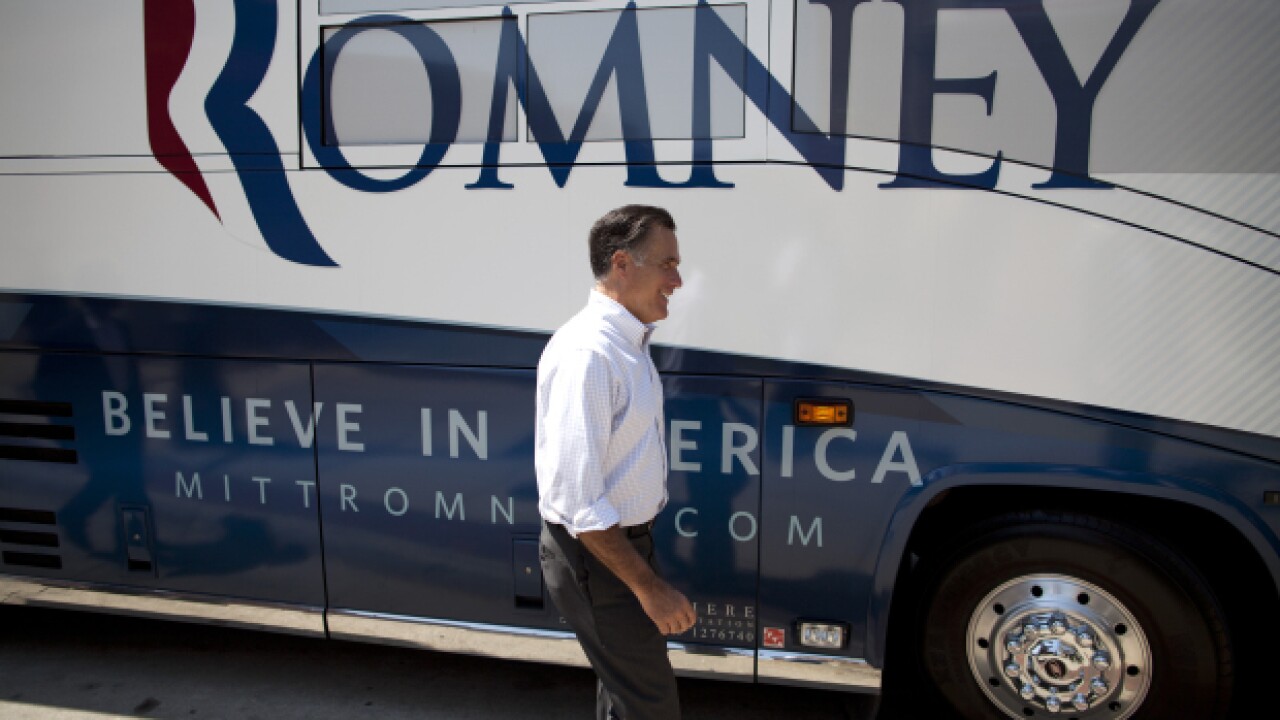 HENRICO, Va. (WTVR)--A GOP campaign official confirmed with CBS 6 that a Mitt Romney campaign bus was vandalized over the weekend.

The official confirmed that vandals tampered with the bus and cut the alternator belt. The problem was discovered en route to Northern Virginia, where a mobile phone bank was scheduled (it had to be canceled).

Vandals sabotaged the bus sometime Saturday night, when it was parked outside of a gun show at the Showplace in Henrico, off of Mechanicsville Turnpike.

The bus was at a gun show getting help to get people registered to vote when the vandals struck. The bus, used for campaign events, does not transport the former Governor, and Republican presidential candidate Mitt Romney.

The Farm to Family Market is right across Mechanicsville Turnpike from The Showplace in Henrico's East End. Owner Mark Lilly said he remembers seeing Romney's tour bus in the parking lot and even thought about taking a tour, but never got around to it.

“It was parked in front of the building ,” said Lilly.  “Then, when all of the people showed up for the gun show, they moved it farther into the parking lot by the road."

Lilly said that if it was sabotage, the perpetrator had to be stealthy, considering the massive police presence that gun shows draw.  "It was probably targeted,” he said.

“I can see where someone would think it was politically charged. In this day and time, who knows," said Lilly.

A local mechanic said that cut alternator belts most likely just cause mechanical failure and that the chance of it causing someone to wreck is slim to none.

A campaign official confirmed that the bus is repaired and back on the road with stops planned this week across Virginia.

The GOP campaign official said there have been no related threats or vandalism. No suspects have been named at this time and no witnesses have come forward.

Campaign officials tell us they did not file a police report and the belts have since been repaired.  They did not explain why no report was filed.