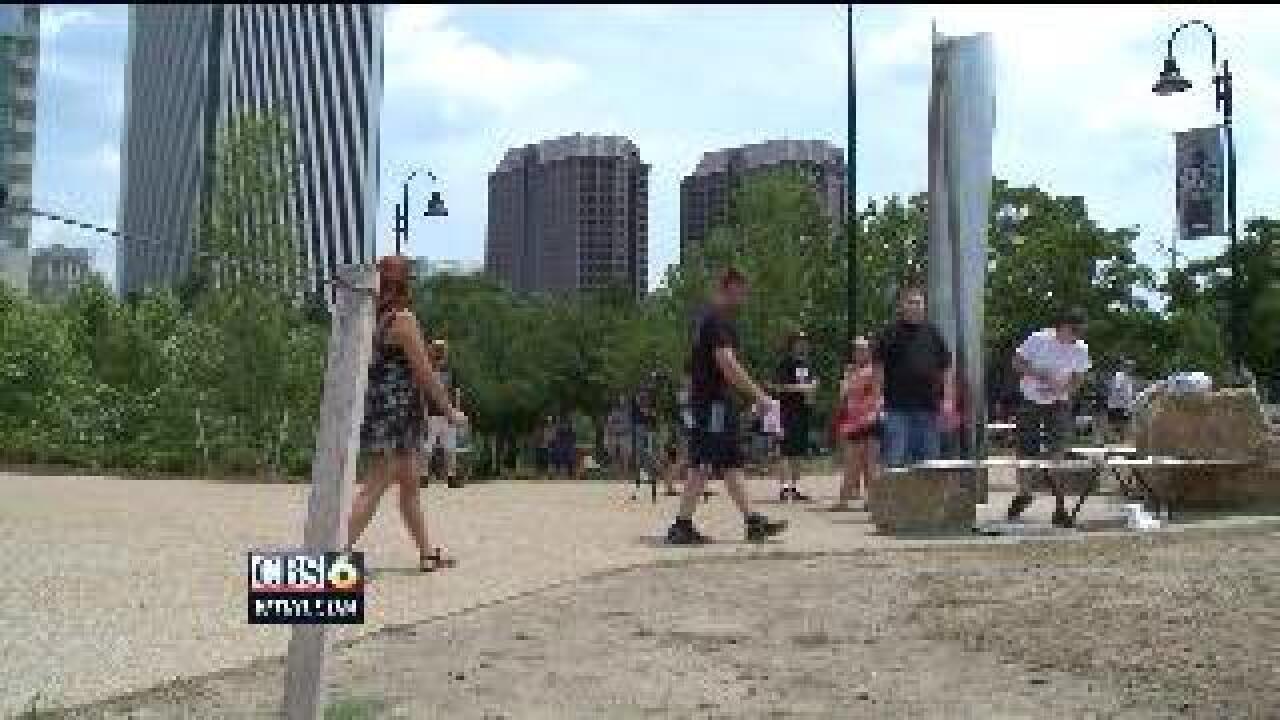 RICHMOND, Va. (WTVR)--More than a hundred showed up to Brown’s Island Sunday to show their support for Randy Blythe, the lead singer of Richmond based heavy-metal band Lamb of God, who has been in jail in Prague since late June.

Three years ago, Tommy Streat met Randy Blythe at a coffee shop in the Fan.  They instantly hit it off and became friends.

“I didn't even know he was in a band, and didn't realize how big of a band he's in,” says Streat, who helped organize the event.

Blythe was arrested in Prague, Czech Republic on June 27 when the four-time Grammy nominated band arrived there for a show, according to Czech news reports.

Two years prior at a concert in Prague a fan who jumped onstage several times was fatally injured after Blythe reportedly pushed him offstage.

Reports out of Prague are that the prosecutor in the case actually has the power to approve or deny accepting the bail, despite the fact that Blythe paid the money—about $200,000 U.S. dollars—almost one week ago, on Monday, July 2.

The prosecutor reportedly has three days to enter evidence and make a final decision, but since Thursday and Friday were public holidays in the Czech Republic, the Lamb of God front man could be held until at least Monday.

Blabbermouth reports that the deadline for the prosecutor to make a decision regarding a possible release is Monday, July 9.

Blythe has been charged with manslaughter, but his friends maintain his innocence, saying the fan’s death was an accident

"It's frustrating not to be able to get information from another country and with that frustration comes a lot of sorrow,” says Streat.

For those that know Blythe well, suffering through triple digit heat at Brown's Island is a small price to pay to support their friend.  They are calling for his release and taking action to make that happen.

A petition has been filed asking the State Department to intervene on Blythe's behalf.  So far, it's been signed by over 2,000 people. [Click here to sign the petition]

“I had one fan say to me that he'd rather come out in 100 degrees in Richmond than spend a day in a Prague jail,” says Streat.

“I don't care how hot it is, I want to come out here and show that we love Randy, and we just want him to get out of there,” says Brockie.

On Twitter, a hashtag is used to catalog the international tweets for Blythe’s release, it is #freeRandyBlythe. There’s a Free Randy Blythe Facebook site and a “Free Randy” t-shirt being marketed.