SPOTSYLVANIA, Va. (WTVR) Severe wind gusts impacted Spotsylvania Sunday. The winds were so strong, some people thought it was a tornado (but that has not been confirmed by the National Weather Service).

The Free-Lance Star reported that Spotsylvania fire and rescue authorities said “what appeared to be a tornado touched down off Lafayette Boulevard in Spotsylvania County this afternoon, collapsing two buildings …”

Asst. Chief Mark Kuechler with the Spotsylvania Fire Department told CBS 6 that the most significant damage was on Lafayette Boulevard and Route 1. Kuechler said that about 5 p.m. the storm front came through and hit a two city block area.

Cheer Fusion, which Kuechler said was made of mostly concrete blocks, collapsed and suffered some of the most significant damage in the area. He said that the building collapsed and the roof was blown off.

Kuechler said that there was a cheerleading practice hosted inside when the building collapsed and that “miraculously they all made it out.” There were seven minor injuries.

Four were transported to the Mary Washington hospital with non-life threatening injuries, and will remain overnight for observation, and three were treated on location.

A private residence collapsed from the airborne debris of Cheer Fusion. There was a gentlemen in the home who was uninjured, said Kuechler.

Kuechler said that most of the buildings nearby were affected by straight-line wind damage. He said that the gas and electric has been shut down for these buildings and they will remain under security watch through the night until building inspectors come out early Monday.

Mandy Spina, the director of Cheer Fusion told the Free-Lance Star that golf-ball sized hail fell, and that there was no visibility due to heavy rain.

Spina said that one of the parents suggested they move to a separate steel-reinforced room just off of the main dance room.

She said that after the storm passed they opened the door of the dance studio to find nothing left.

Jared Klein, a meteorologist with the National Weather Service’s Sterling office, told the Free-Lance Star that based on a description of the damage, he said it sounded more like a microburst than a tornado. He said that official won’t confirm if it was a tornado until they can inspect the damaged area or scrutinize photographs of the event.

The storms drastically reduced weather temperatures, by about 32 degrees. The weather station at the University of Mary Washington reported a high of 100 degrees at 3:16 p.m.
After the storm, the thermometer dropped 32 degrees to 68 just before 6 p.m., reported the Free-Lance Star. 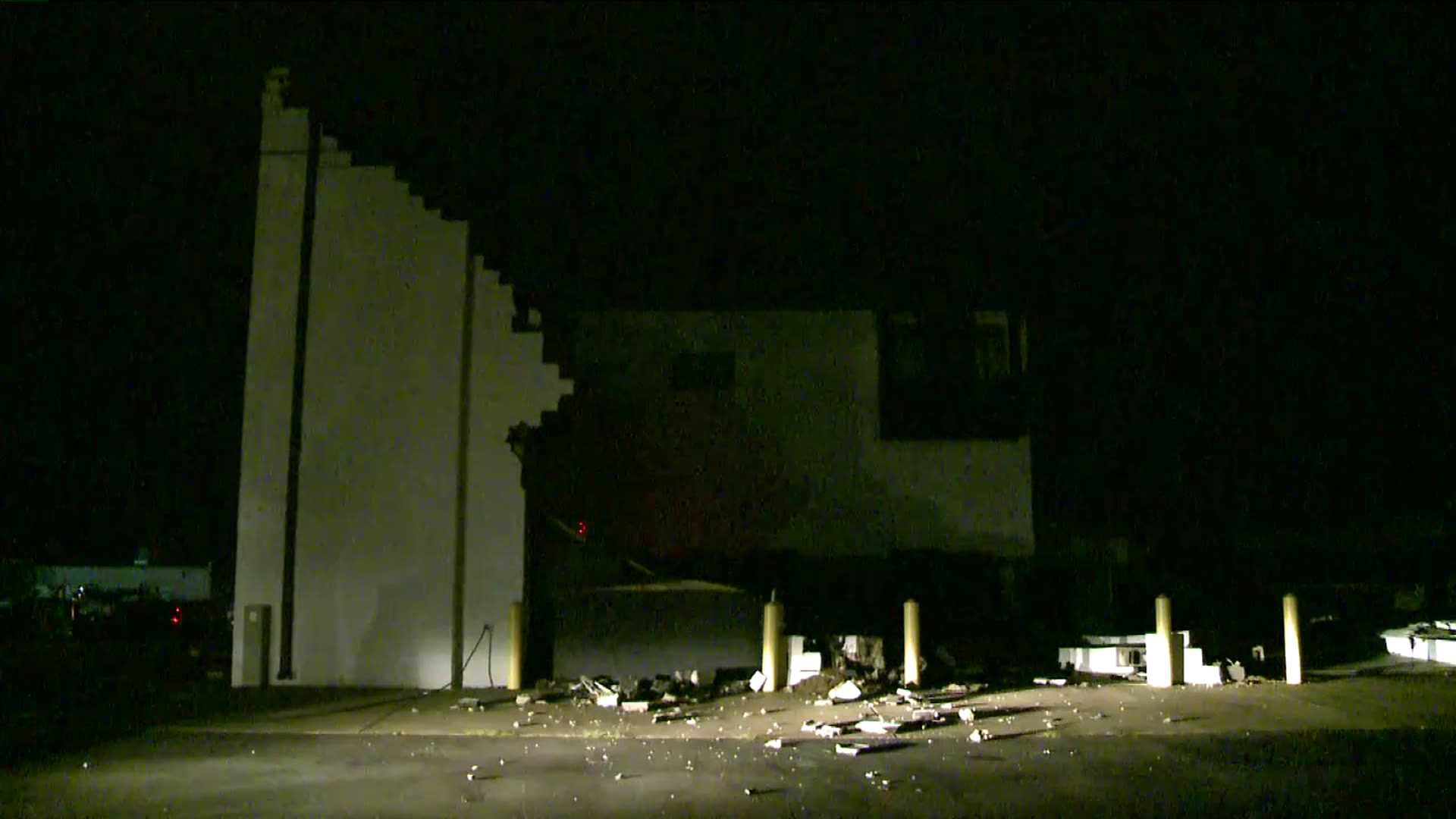