HENRICO COUNTY, Va. (WTVR) - One person has died in a Sunday morning accident at a Henrico County gas station in the 10400 block of Patterson Ave. [Scroll down for footage of crash]

Henrico Police told CBS 6 a truck heading east on Patterson Ave., near Pump Road, crossed the median, and two westbound lanes, then rolled into a gas station. Police said that the truck hit multiple-fixed objects that caused the 2006 Ford F150 pickup to overturn.

The truck hit a gas pump and landed on its roof. The driver, identified as John Darin Hollins, age 44, was fatally injured.

"This was probably the worst accident I've ever seen in my life," said store manager Mrgsh Kharvla. Kharvla was inside the store when he heard the sound of what was happening outside.

"A big sound like some cars hitting something and when I looked it was in my parking lot," said Kharvla .

Immediately emergency crews were called and the pumps were quickly shut off for fear that a powerful fire could ignite from the flammable materials and the smoking car.

"It could destroy the neighborhood that why I had so much worry about that one," said Kharvla.

Patterson Ave., between Pump Rd. and Otlyn Rd. was closed for about an hour as police and fire crews responded to the scene. 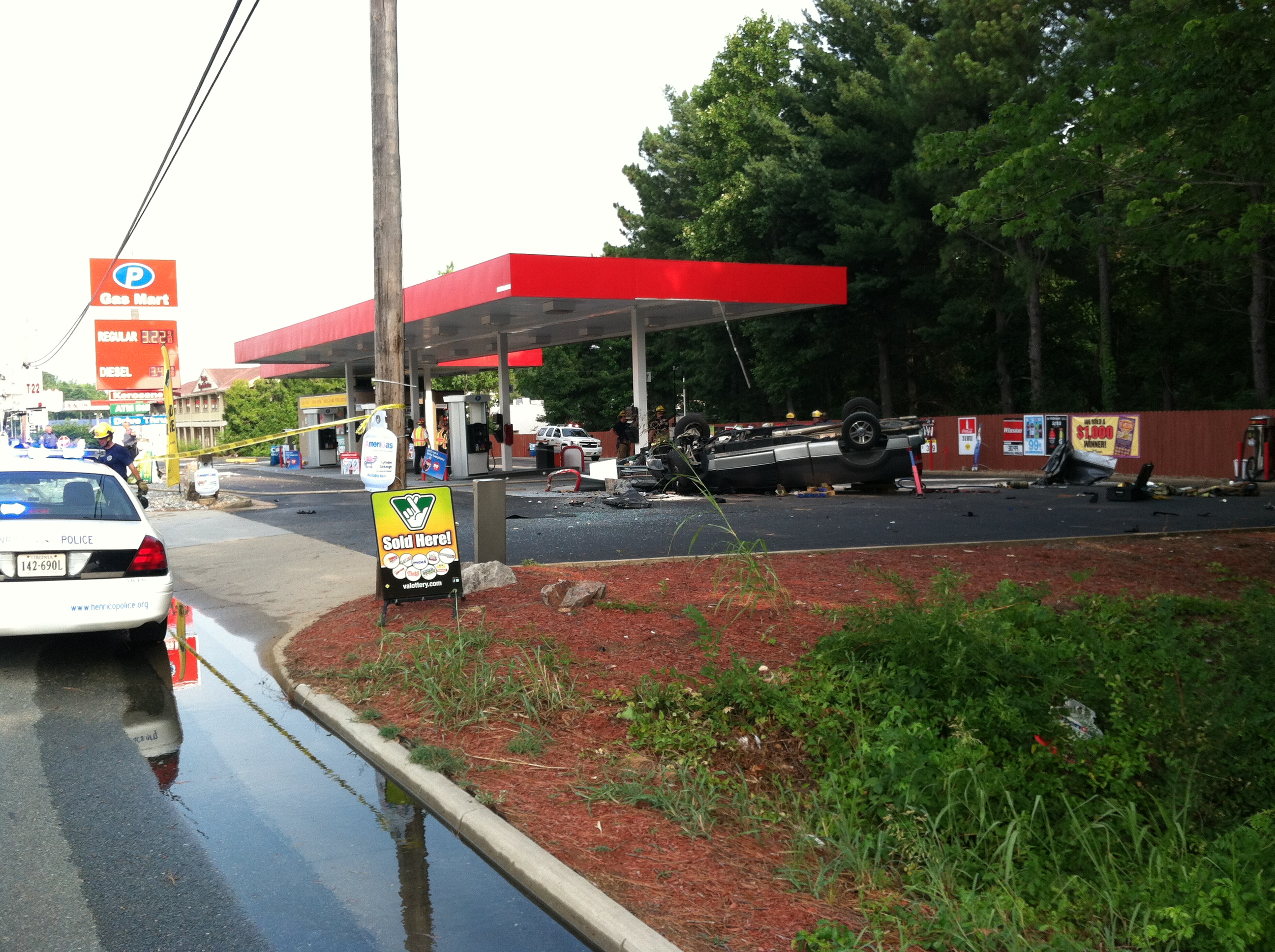