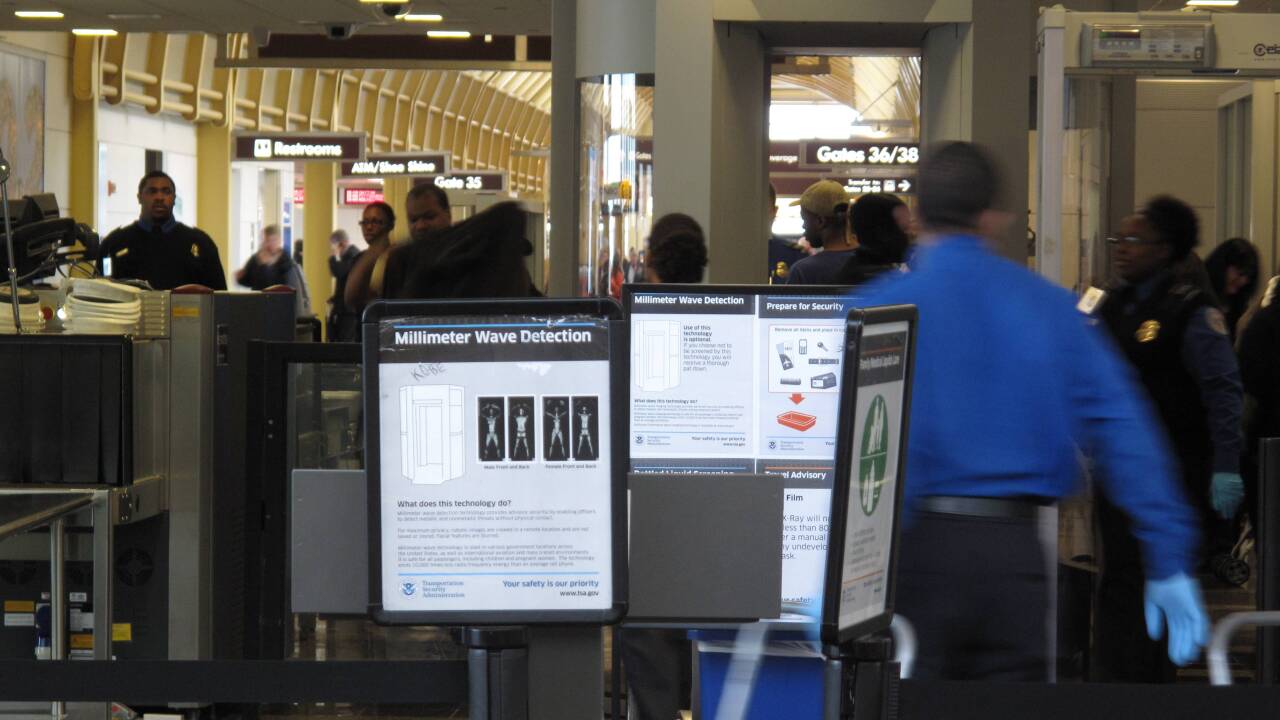 TSA agents are patting down travelers who opt out of the millimeter wave screening. Travelers at DCA prepare for the Thanksgiving holiday.

DENVER, Colo. – A seemingly new airport security measure is leaving some passengers surprised and upset. Passengers in Colorado say they’ve been asked to hand over drinks they buy  inside  the airport terminal for additional testing.

KJCT-8 News in Grand Junction, CO reports that TSA agents are asking airport patrons to open up their drinks so that they conduct a second round of screenings at their flight gates.

But the TSA insists this isn’t a new far-reaching screening effort.

“In a nutshell, liquid screening at gates is random and it isn’t happening at every airport every day,” TSA employee Bob Burns wrote on the administration’s official blog on July 5. “So other than possibly taking a few moments of your time before boarding your flight, it’s business as usual”

According to Burns,some passengers are testing small samples of passengers drinks before they get on the plane. Here’s how he described the test:

“In case you’re wondering, our officers don’t place the test strips in your beverages/liquids. They simply have the passenger remove the cap/lid and they hold the strip over the opening of the container. Procedures call for moving the test strip to the side and applying the solution from the dropper to test the strip. If the test results are positive TSA will conduct additional testing to make a final assessment.”

Some travelers aren’t buying the TSA’s explanation, saying they think the protocol is overkill.

“Well, you know, I’m always glad that my safety’s a priority. I think testing drinks after they’ve already been bought might be a little extreme,” said Jennifer Smart, an infrequent traveler.

“The water or the juices or anything you buy here in the airport, the TSA’s going to come over and look and check and test it? I mean, it’s just ridiculous,” added experienced flyer Thomas Burgard.