One of the lifeguards– Tomas Lopez– left his designated zone Monday to save the man who was struggling in an area the lifeguard’s are not contracted to protect.

He was fired on the spot. At least one other lifeguard was also let go. 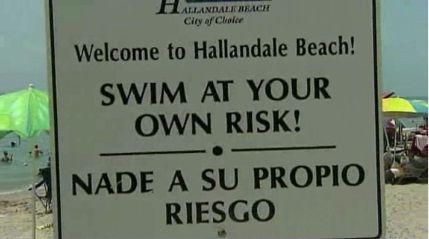 They say saving lives– regardless of where it is– is what lifeguards should do.

“I’m not going to put my job over gonna help someone again. I’m going to do what I felt what’s right, and I did,” said  fired lifeguard Tomas Lopez.

The lifeguard company fired Janko when he told managers he would also leave his designated zone to save a life.

Lifeguards in Hallandale Beach work for private Orlando-based company Jeff Ellis and Associates. The company policy is to call 9-1-1 when someone is drowning outside of guarded zones.

In an interview published on SunSentinel.com, Ellis said his company would interview managers and workers to figure out if safety protocols were violated.

“If we find our actions on the part of the leadership team were inappropriate, we will rectify it based upon the information that comes forward,” Ellis said.

The beach began outsourcing lifeguards in 2003 as a money-saving measure.

The company’s contract expires this year.

(CNN, WPLG and the Sun Sentinel contributed to this report).