Bus strands nearly 60 along I-95 for hours

RICHMOND, Va. (WTVR) – Nearly 60 people were left stranded for hours along I-95 in South Richmond after the bus they were riding on broke down in the middle of the night.

Riders said the bus, which originated in New York and was headed to Atlanta, is operated by Horse Run H & W Tours from New York.

Hours after they hit the road, the bus was forced off I-95 after it broke down.

Several riders said the driver told them another bus from the company would soon arrive to take them to their intended destination.

However, that never happened. The bus was able to make its way off the Bells Road exit.

As the group waited in the heat with no air conditioning, some passengers were forced to improvise by using a water bottle to prop open one of the bus' windows.

"He was going to fix it at the next stop, but he never made it to the next stop," said Damien, one of the riders on the bus. "We were in the back of the bus so it was real hot back there -- and everybody was asking where the AC was at."

Passengers said the bus was not only inoperable, but was nearly intolerable.

"The bus was smelling like urine and feces, it was crazy, " said Yvette Eli, another rider on the bus.  "There's only one bathroom on the bus and the bathroom smells like urine it was really terrible.  And then you have kids on the bus, small children too."

A mechanic and state troopers responded to the incident.

"As hot as it's going to be we are talking 100 degree temperatures today, we can't leave you here," said Trooper Mark Barrett.

Officials said after the bus company refused to send another bus to pick up the stranded riders, GRTC stepped in and offered to take the passengers to the Greyhound station.

State police say no charges are being filed against the bus driver.  Officials add things are still in limbo with the original bus carrier, but the passengers may be able to work with Greyhound to find alternate ways to get to their final stop.

Stay with CBS 6 News and WTVR.com for updates on this evolving story. 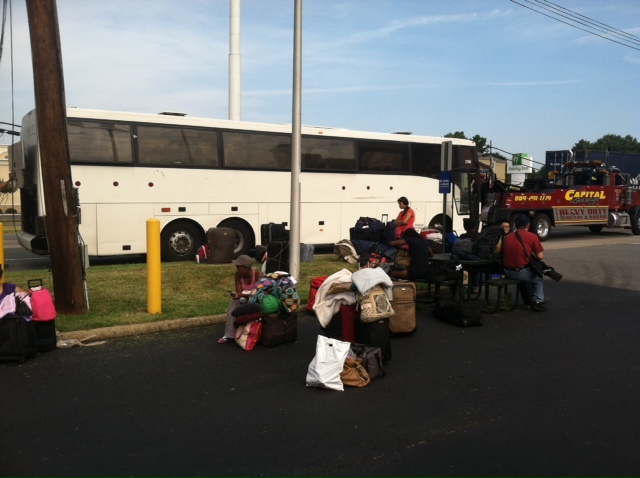