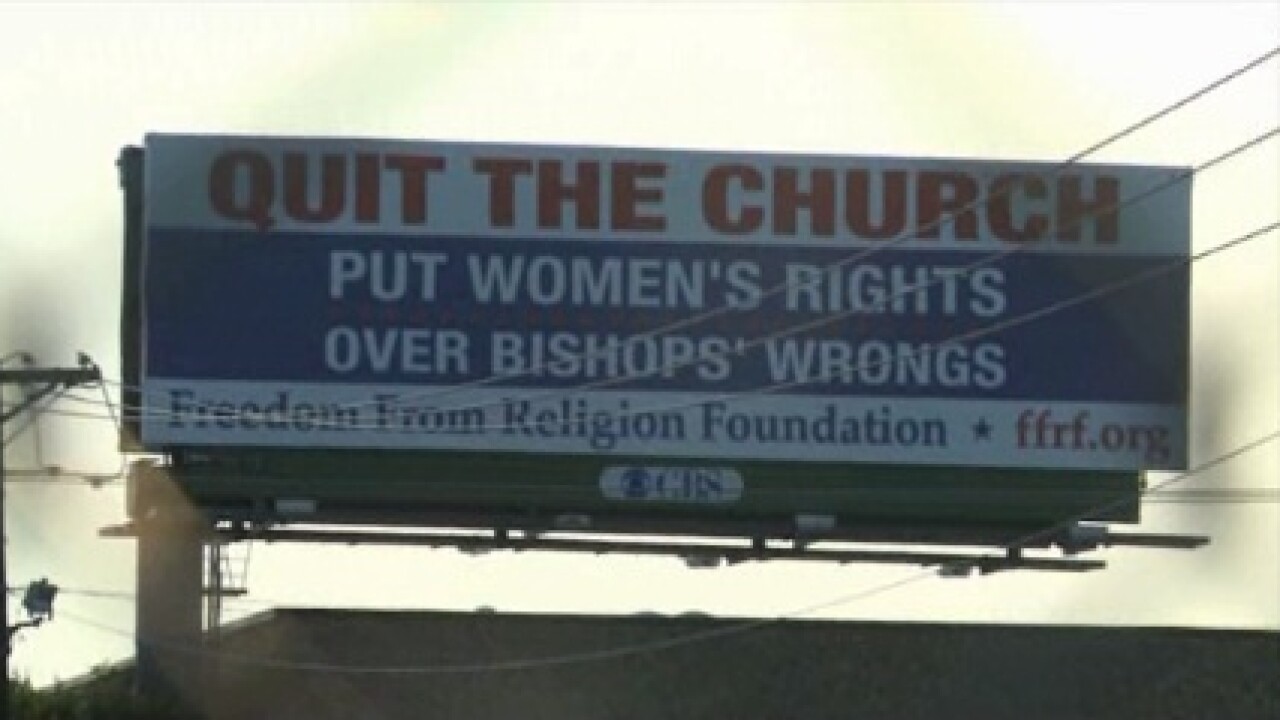 KELLER, Texas – (KDAF) –  Billboards are popping up in parts of Texas asking Catholics to quit the church.

“I no longer want my name on their lists.I don’t want to be considered a Catholic at all,” said Zachary Moore.

Moore, who is with the Dallas-Fort Worth Coalition of Reason, is doing what a billboard near I-30 and Highway 360 urged. He has decided to quit the church because he does not like the stand the church has taken on contraception.

“The vast majority of Catholic women are using birth control and for the bishops to take the position that they have shows a severe disconnect with their own parishioners,” Moore said.

The Wisconsin-based Freed From Religion Foundation placed the billboard to send a message. The billboard reads: QUIT THE CHURCH PUT WOMEN’S RIGHTS OVER BISHOPS’ WRONGS.

The Dallas Catholic Diocese said its being hearing from church members since the sign went up.

"The women we have heard from today, the callers have said that they were offended, they were insulted, they were angry...all of those emotions,"said Dallas Catholic Diocese Spokeswoman Annette Gonzales Taylor.

Taylor said the group behind the billboard does not understand the crux of the fight.

Billboards are also up in several other cities, including Chicago and Saint Louis.