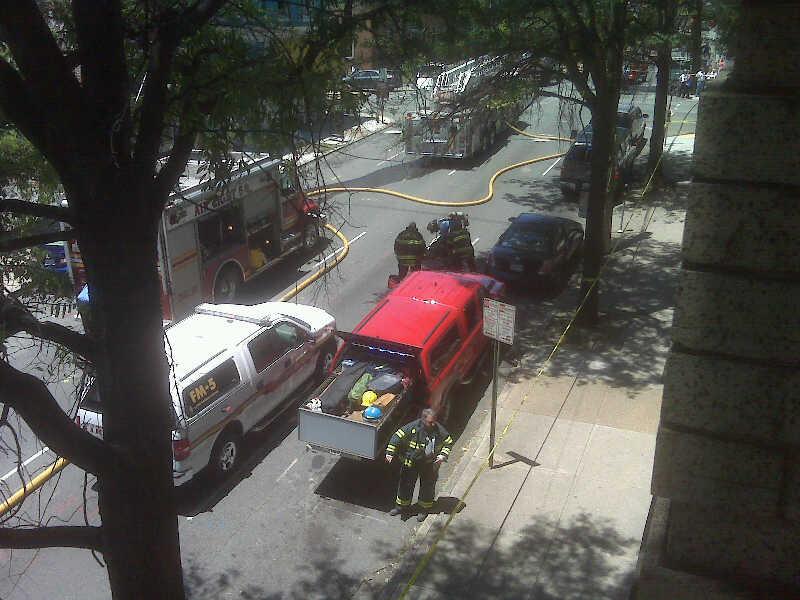 The fire, confirmed Lt. Hagaman was in a row house type of building. Although it was originally said to be a mixed-use building, Hagaman said the building is purely commercial.

Smoke poured out of all of the windows.

A man in a wheelchair was almost trapped, but was helped from the building. A woman on scene received medical attention after fainting, but it is not clear if she was just passing by or was in the building.

It was considered a two-alarm fire because of the heat, not the actual blaze.

The fire is not technically out yet. The Fire Marshall has arrived on scene.

Main Street is closed from 4th and 6th and probably will be for the next hour.