FREDERICKSBURG, Va. (WTVR) – Police are looking for the men who robbed a Fredericksburg tattoo artist over the weekend, according to Fredericksburg Police Department Public Information Officer Natatia Bledsoe.

Bledsoe said the two suspects each had tattoos which officers hope provide clues that lead to the tips investigators need to make an arrest.

Here are pictures of the suspects’ tattoos: 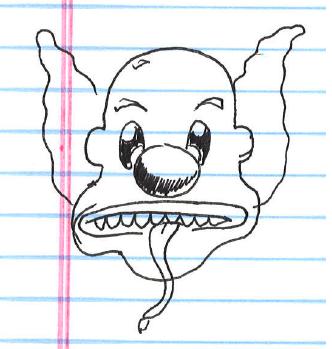 Police said the suspects came to the artist’s Charles Street home Sunday night  to get tattoo work done. After they agreed on a price, the men said they need to get money and left. When they returned, police said the men pulled out guns and demanded money from the people who lived in the home.

At one point, police said, a suspect put a baby,  who was asleep in the room, between himself and the victims.

The suspects got away with cash, tattoo equipment and video games.

No one was hurt.

Police described one of the suspect as a light-skinned black male with a heavy build. He had curly hair and a small amount of facial hair.

Both suspects, police said, were in their late teens or early twenties.

Anyone with information about this case should contact Detective Wayne Hunnicutt at
540-654-5753.