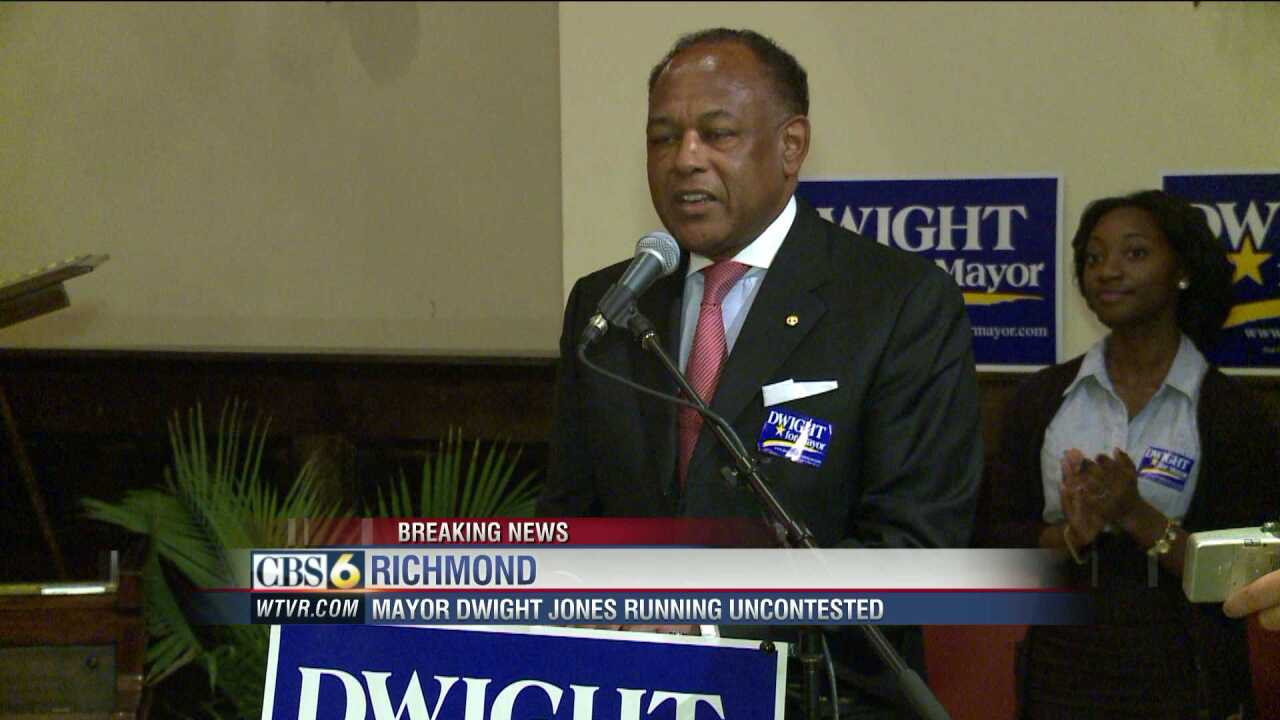 Richmond Registrar J. Kirk Showalter tells CBS 6 News that Jones will be the only name on the ballot.

Showalter says Jones' previous opponents former Councilwoman L. Shirley Harvey and Michael Ryan, Jr. were notified by email Friday evening that they did not qualify to get on the ballot.

Showalter also tells CBS 6 News that the sole Richmond School Board candidate for the 9th district, and former president of the Richmond Council of PTAs, Tichi Pinkney Eppes did not qualify to get on the ballot. That means it's a wide-open write-in campaign for the race in that district.

Ryan admits he himself is confused about why his name won't be on the ballot.

He said that he made a point to collect way more than the 500 required signatures just to be on the safe side, knowing the problems other candidates have had.

The 46-year-old real estate agent jumped into the race for mayor at the last minute. He entered his signatures for review on the actual day of the filing deadline over a week ago.

He said he turned over 800 signatures, but was told on Friday, June 22,  that many of his names were not verified to be registered Richmond voters.

Ryan plans to question the registrar's decision on Monday but said he has mostly accepted that his name will not be on the ballot; a fact that comes with a certain amount of disappointment.

"I gave a hundred percent to get on the ballot and unfortunately I fell short but I do think we need to have a dialogue about where we want to go and now we're not going to have that,” said Ryan.

To hear what Richmonders have to say about Mayor Jones running uncontested, just click on the video above. Tell us in the comments what you think.